The Big ‘C’ could now stand for cure 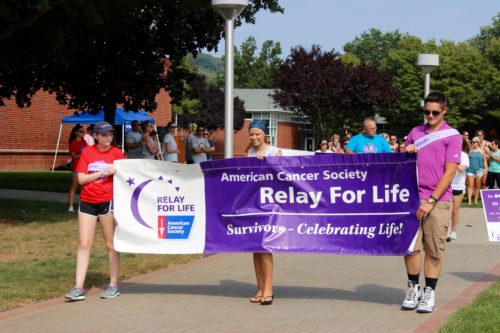 In a study by Stanford University researchers in January, an experiment testing a vaccine created to combat cancer was successful.

Initial trial results concluded that 87 of the 90 mice injected with the vaccine eliminated tumors, and any trace of the disease was eradicated.

With a second injection, researchers attained success with the remaining three mice and discovered tumor regression that left those mice cured as well.

The vaccine is injected directly into a tumor and the two agents it is composed of work to stimulate immune responses, which then activates the T-cells in the tumor, according to Stanford scientists. T-cells only recognize cancer specific proteins which allows them to target the disease directly and destroy it.

Not only did the experiment find that the mice were cured, but found that the injection prevented future tumors and increased the life span.

“I don’t think there’s a limit to the type of tumor that we could potentially treat, as long as it has been infiltrated by the immune system,” Professor Ronald Levy said in a report from the Stanford Medical news center.

The injection shows promise in extending its power beyond a cure to cancer.

The unique feature of this vaccine is its ability to target the cancer oriented cells, without exactly pinpointing them and affecting the entire body. This vaccine is shaping up to be a better option because unlike chemotherapy, it does not take a gunshot approach that affects the whole system.

Rather, it identifies the disease-causing agent and solely combats that which is harmful. However, the stunning detail of this vaccine’s success, is that it did not just cure one string of cancer, but several. The types of cancer it cured included lymphoma, breast cancer, colon cancer and melanoma.

One of the two agents of the vaccine has already been approved to be used in treating humans. The other has not and is currently being used in other, unrelated medical trials.

Although the first experiment was done on mice, the research team that established this vaccine is searching for 15 low grade lymphoma patients to participate in the clinical trial, according to the study.

If this trial validates the vaccine, Levy anticipates that it can be used to treat a variety of tumor types. He sees it being an injection given before surgical removals of cancer to serve as a prevention method for any future recurrences.

Although it is still in trial phases, the knowledge of this vaccine is gaining traction. For most, this news is coming as a beacon of hope. For junior Luke Lograno, a proud uncle to a nephew suffering with cancer, this means a lot.

“This shows a lot of promise, this is a great first step,” Lograno said. “For him, this would mean another day with his mother, that would mean the world to both of them. Something like that would just be amazing to see, that someone has a few more months, a few more years with their parents or with their family and for everyone that just sounds amazing.”

However, while Lograno sees something of hope in this, he also expressed concern.

“I would love to think that in an ideal world it would be made public, but I think realistically, I think that’s something a little far-fetched to believe,” Lograno said. “This is something very easy to upcharge, something very easy to make not accessible to the public. And, I think as great as it sounds, and as great as a possibility that it may be, it may be a little tough to see that we can live in a cancer-free world.”

Regardless of the hope this vaccine poses, many are viewing it with a scope of skepticism as well. Lograno among several others shared this view of the recent breakthrough.

Sophomore Ariel Johnson believes this is a good idea, but thinks there will definitely be a catch. Johnson lost a grandfather to cancer and has another that is still fighting for his life against it.

“They’re not going to make it cost efficient, there’s going to be something about it that it’s not going to be accessible to the public as it should be,” Johnson said. “It definitely provides hope, so the fact that there’s hope that you can help them to sustain their life, I think that’s the best thing ever.” 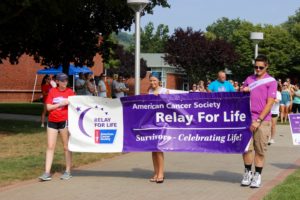 [/media-credit]Combating disease is a fight worthwhile, but a fight that takes time and positive morale.

“The possibility of the vaccine being made public is very high, according to Haley Albano, a chair for Relay for Life at Quinnipiac.

“Now that there might be a high chance of a cure, I do not see why it wouldn’t go public,” Albano said. “Knowing what scientists and researchers know now, can help benefit future generations. There is only room to move forward at this point and like we said previously, scientists have come this far and there is only room for improvement. People live under hope that someday there will be a cure and now that an opportunity has been discovered, we think people will have more hope than before that there will be a cure.”

Antoinette Sorrentino, an admissions officer of the Netter School of Medicine, thinks that the success of this vaccine could be a game-changer in the field of medicine.

“I think if we can get close to a cure for cancer, what can’t we do. I think it makes the future much much brighter,” Sorrentino said.

The thought of being able to cure cancer is a sentiment to struggle with, considering the epidemic it has been. Whether or not success will fully be achieved is still questionable, but experiments like those conducted by the Stanford researchers are bringing us closer. A cure means hope and an end to a disease consuming lives every day.