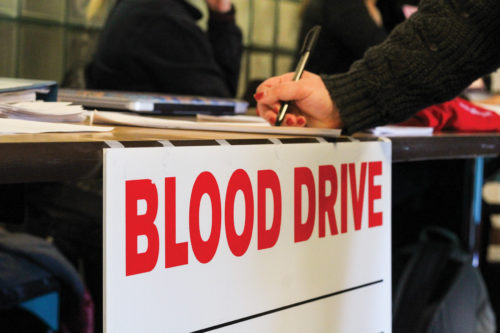 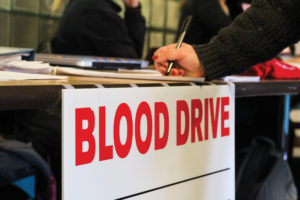 [/media-credit]Blood drives are closing down due to the cold weather and the flu, according to senior health science major and co-director of the Community Action Project (CAP) at Quinnipiac, Katharine Wilcox-Smith. Connecticut is in need of blood and it is feared that it might run out of blood donations by May.

This is a country-wide issue. The American Red Cross announced on their website that the “severe winter weather forced about 600 blood drives to cancel, resulting in more than 17,500 uncollected blood and platelet donations.”

CAP will be hosting two blood drives on Feb. 15 and 16. They will be tabling in the Carl Hansen Student Center from Feb. 12-14. Students may sign up in advance for a time slot or walk in if not all slots are filled.

CAP is looking for 50 volunteers each day, leaving them with 100 in total. The organization is not just limited to Quinnipiac students. locals are welcome to donate blood as well.

“It’s really important for people to come out and donate blood because it helps a lot during times like these with hurricanes,” senior psychology major and co-director of CAP Natalia Amaya said.

The American Red Cross is partnered with CAP and together they work out a couple of dates during the year to set up the blood drives. A delegate from the American Red Cross comes to the university to check out the location on campus where the donations will take place to make sure it is a safe environment.

Out of the 100 donors, CAP is looking for 60 donors, but not everyone is eligible to donate. Sometimes people have to be turned away due to a deficiency they have or if they do not reach the height and weight requirements.

“I think it’s important to donate blood because it’s community service and it’s free,” Wilcox-Smith said. “You never know what can happen and we might end up needing the blood to give to people in need of it.”

The winter weather and wide-spread of the flu this year have been deferring people from donating blood this year according to Wilcox-Smith. This affects the amount of donors who typically donate blood.

It usually takes up to a whole week for the entire donation procedure. CAP has people who table and work registration during the week of donations. The organization is also considering setting up another blood drive in May.

“I would be willing to donate,” freshman nursing major Charles Sharkey said. “If I have something other people need, I would like to donate it to them.”

Blood donors come back to donate again, according to Wilcox-Smith. There is a set time between when a person donates to the next time they can donate again. Donors have to wait eight to 16 weeks depending on how much blood is given, according to the American Red Cross. Between the months of February and May, it will not be enough time for the donors to give blood again.

“When people think of a college campus, they usually think of the sports teams, [Student Government Association], clubs, etcetera,” Wilcox-Smith said. “The blood drive is a perfect opportunity to bring Quinnipiac University together toward the goal of helping others.”