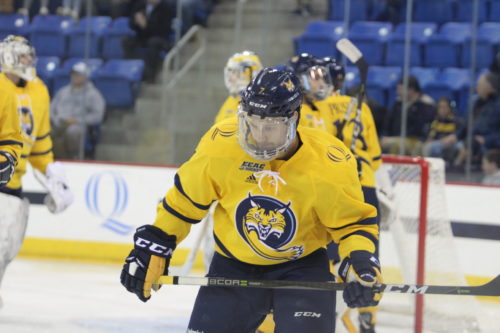 Sophomore forward Logan Mick is no longer a member of the Quinnipiac men’s ice hockey team, confirmed to The Chronicle on Friday, Feb. 9. 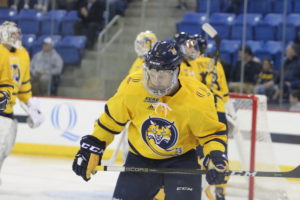 [/media-credit]“Logan Mick is no longer on the team,” was all a team representative said on Friday.

After junior Thomas Aldworth was let go just a few weeks ago, Mick is now the second forward that will not finish on Quinnipiac’s roster this season.

Mick’s last game was played this past Tuesday against Princeton. After struggling to get into the lineup for the first eight games of the season, Mick played in all but two games since Nov. 11 against Union. He did not play this past weekend against Clarkson and St. Lawrence.

Mick totaled three goals and one assists in 16 games played for the Bobcats in 2017-18 and ended his Quinnipiac career with three goals, three assists and 22 penalty minutes in 22 games.

The Chronicle will provide more details on the situation as more information is availble.