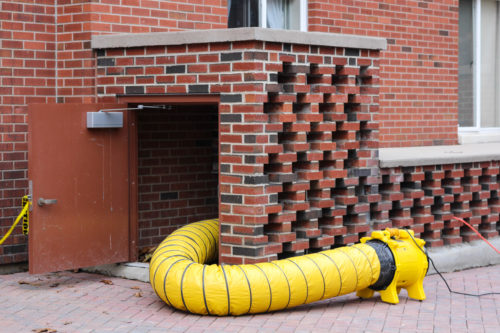 Dirty water has been an issue for Perlroth residents since returning from winter break.

“The discolored water experienced in a residence hall recently is likely a result of students returning from a five-week vacation and beginning to use water again,” based on an investigation conducted by Tom Barger, RWA’s Water Quality Manager.

Discolored water has not been reported elsewhere on campus, nor is it an issue in RWA’s 15-town service area, according to Powell.

The Office of Facilities contacted RWA when they were made aware of the issue.

“As an extra step, Facilities contacted the New Haven Regional Water Authority and together we concluded there is no known issue other than perhaps some normal settling issue in the pipes that occur because of a lack activity for an extended period of time,” according to Associate Vice President of Facilities Operations, Keith Woodward. “Similar to what might happen in a residential home if you turn the water on for the first time after an extended period.”

The dirty water has only been an issue in Perlroth, according to Woodward.

“Other than a nine-second video that was posted on social media, the Office of Facilities, the Office of Residential Life, the Office of Public Safety, the Student Health Center have no knowledge of any water issues on either the Mount Carmel or York Hill campuses,” Woodward said.

Running cold water in multiple faucets at the same time can help get rid of the discolored or dirty water, according to Barger’s investigation. Simultaneously running the water clears out the sediment in the pipes that settled over the weeks of break.

“This will create a high enough flow rate from the water main to your building to clear out any sediment which may have found its way into the service line,” Powell said. “If the problem does not clear up within a few minutes, it is possible that the sediment in the water main has not settled out yet. In this case, wait an hour or so and try it again.”

While the discolored water is an isolated issue, some students have made an effort not to use the water.

“People are skeptical of Quinnipiac health and safety,” sophomore radiological sciences major Callie Williams said, “People have been coming to York where the water is clean to shower.”

The harmfulness of the drinking water is dependent on the individual, according to Powell. Those that are immunocompromised can be at higher risk to infection from the water. The metallic taste that is associated with the water comes from a buildup of rust or iron in water lines.

“I have been hesitant to use sinks around campus, mainly for just health concerns,” sophomore health sciences major Juliette Dent said.

Dirty water does not only have an impact on showering and drinking. Laundry can also be affected. Discolored water can stain fabrics allowing the water to enter the spin cycle can cause more permanent staining, according to RWA’s website,

Perlroth residents should be noticing a change in their water color shortly if they follow RWA’s instructions.

“I think it’s just paranoia driving people to believe it’s worse than it is,” Dent said.

RWA recommends washing dark clothes first so that the water is clean by the time the light clothes are washed. Additionally, using bleach to remove stains caused by dirty water will only set the stains. RWA recommends using a rust removal product to get rid of stains.

The Department of Facilities advises students and faculty to report immediate health concerns to Public Safety, or to use the university work order system. 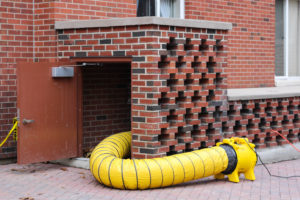