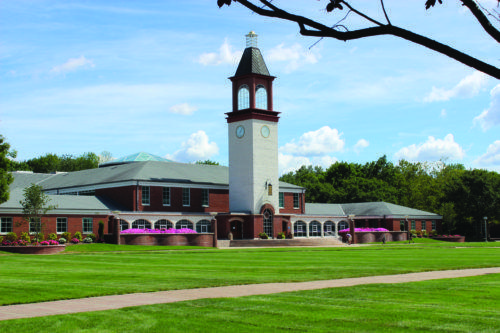 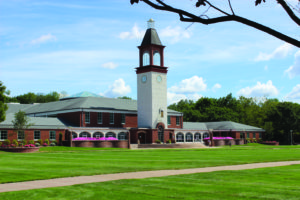 [/media-credit]On Jan 22. Quinnipiac University students came back to school for another semester. While this can be a new beginning for most Bobcats, it is also a time to reflect on what happened during this past fall semester. Although freshmen are the newest Bobcats, they seem to be the most critical of their past semester at QU.

For a majority of freshmen, this was their first time living away from home and on top of that, they were most likely living with people they have never met before in their lives. However, lots of freshman were happy with their roommate(s) and this feeling of luck was not limited to the eight-person suites.

“Personally, I thought Quinnipiac did a good job with room selection,” freshman Ally Kochersperger said. “I am fortunate enough to be living with three down-to-earth, caring and responsible girls that I know I can trust.”

Aside from new roommates, there were new people to meet, classes to pass and activities to participate in, making this a pivotal time in a freshman’s life. The fall semester of the 2017-18 school year was a time of fun, change and of course some difficulties.

“The fall semester for me was pretty good,” freshman Nicole Gibson said. “I worked hard, met all sorts of new people and discovered new things about myself. However, I think this semester will be better because I have so many opportunities in store. For example, I am currently stage managing the New Play Festival here at QU, which is a huge accomplishment for me because I’ve been performing all of my life.”

Gibson also included what she’s looking forward to upon her return to QU.

“I also hope to be involved in more performance-oriented groups and maybe join a sorority,” Gibson said.

Outside of academics, students enjoyed the activities and clubs on campus during the fall semester. For some students, this included Greek life. Freshman Mary Dudani praised her involvement in the Greek community.

“I came out of my comfort zone and decided to (go through formal recruitment) and it was honestly the best decision I ever made,” Dudani said. “My sorority (Pi Beta Phi) introduced me to new people and opportunities that will help me for the upcoming years and without their support I wouldn’t have liked the past semester the way I do now.”

Outside of Greek Life, students were very happy with the other options that are available to them during this first semester.

“I think Quinnipiac does a lot for their students in terms of activities and clubs that welcome everyone and I can always find something to do,” freshman Kylah Hicks said.

Student groups such as QU After Dark (QUAD) and the Student Programming Board (SPB) provide lots of activities on campus. These events include everythiang from guest entertainers to games and are often free for students.

“I got a chance to attend cool events such as ‘Cards Against Hypnosis’ hosted by QU After Dark, the Psychic Fair hosted by SPB and many more,” Dudani said. “The events made the past semester a lot more fun and I enjoyed every bit of it.”

However, for new students, some wished there were more events that were specifically for their class, to allow for them to get to know the people they would be spending the next few years with.

“I felt that as if I wasn’t able to make more friends as I wanted to due to the fact that there weren’t enough events for freshman to do in the beginning of the year,” freshman Olamide Gbotosho said.

Additionally, students found that many aspects of life on campus could be improved including the food.

“When I come to Quinnipiac, I eat poorly because the healthy options are so expensive,” Kochersperger adds. “If all the foods were reasonably priced, the quality of the food would match what I am paying for.”

Other common complaints regard the university’s shuttles, which for many students are a main form of transportation, and the process of registering for classes.

“One thing I do think QU should work on is renovating the gym. Being a Division I school, our gym lacks up to date, modern equipment,” Kochersperger said. “The gym was always my stress reliever at home and I think going to the gym here is stressful. There’s not a home and ‘comfortable’ vibe to it.”

Going beyond the facilities of QU, students opened up about other issues, such as diversity on campus.

“QU is trying to make the school diverse,” junior Matthew Lewis said. “Students, however, are not making it diverse and separating themselves from those who are different from them.”

Even with the different viewpoints on this topic, diversity continues to be a pressing issue here at QU and nationwide.

“I do believe Quinnipiac is diverse,” sophomore and Orientation leader Olivia Hally said. “I have met so many different and incredible people, each with their own stories and not a single person is the same here. But we’re all bobcats and that’s what I love about Quinnipiac.”

Even though there are aspects of QU during the fall semester that students feel could be changed in order to make their college experience better, students seem to be generally very happy with how this semester went.

“My favorite part about Quinnipiac is probably the atmosphere and all the people who go here,” Hicks said. “It’s completely different from high school and to me it seems much more open and accepting.”