English professor removed from university due to class cancellations 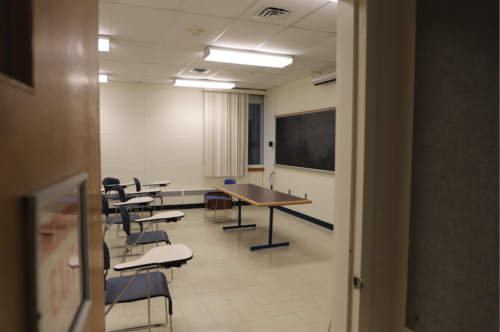 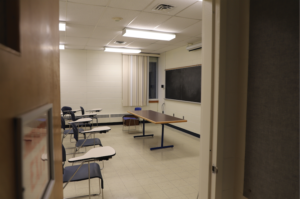 [/media-credit]Adjunct professor of English Valerie McKee was removed from the university as an EN101 instructor on Monday, Nov. 20 due to an excessive amount of class cancellations.

Students in the class were sent an email on Thursday, Nov. 23 apologizing for their professor’s class cancellations and informing them that McKee was no longer emplyed. The students were not pleased with the university’s action.

McKee always had a reason for class cancellations, according to freshman accounting major Reyna Villar. Many times her children were sick or she had to go to a doctor’s appointment.

McKee had bad sinuses and was getting them removed. She had to attend many tests for surgery, according to Villar and freshman nursing major Alyssa Silvestri.

Whenever McKee cancelled class, she would tell her students to work on an assignment or to get together with their groups to discuss the readings or work with each other. There were roughly nine or 10 class cancellations before the university got involved.

A student in McKee’s 8 a.m. class reported to Robert A. Smart, Dean of College of Arts and Sciences, that there were numerous class cancellations. After reaching out to McKee, she was removed and Smart apologized to her classes for her absences. The university replaced McKee over Thanksgiving break. When the students returned, they had a new professor.

Professor Bruce Franklin is currently teaching McKee’s courses until the end of the semester. The students were told their syllabus was going to change.

“I figured our classes weren’t supposed to be cancelled as often as they did,” Silvestri said. “She always had a reason for it. At first I was annoyed with it but then she told us the reasons why she kept having to cancel class and I understood why.”

When reached out to, McKee did not respond for an interview.

At first the students were told that their past work with McKee was not going to count for the semester. After discussing the situations with students, the university decided on a new syllabus.

“My roommate was doing more assignments than I was,” Villar said. “We had five long essays to complete by the end of the semester and she had 10 short essays to do. So in a way, it kind of made up for it. I think we averaged out the same amount of work.”

Villar said the class was “fun and laid back” and that McKee followed the syllabus just like any other English professor would do.

In the Quinnipiac University Course Catalog, it lists for EN101 that: “Instructors guide students through sequenced reading and writing assignments, and highlight the revision process of multiple draft writing that leads to increasingly complex thinking and rhetorical presentation.”

In EN101, the main goal of the class is to keep revising a paper until it is at an A, or a student’s best. Villar said that McKee gave many A’s to her students during conferences, but it is not how the class is supposed to be.

Correction: The article read that professor McKee was fired from the university when she was removed and is no longer employed.