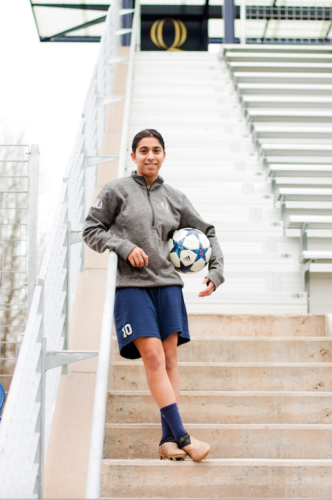 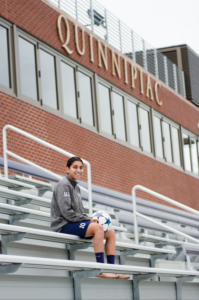 [/media-credit]In 2015, I was welcomed to the Quinnipiac women’s soccer team by an amazing group of players and coaches. I came in as the youngest Division I student-athlete in the country and will be one of the youngest students to graduate from Quinnipiac.

The then-senior girls supported me through my adjustment away from my home in Toronto, Canada and into college life. For a 16-year-old, I was challenged with many new changes – adapting to a new location, new friends, a new team and a demanding academic program. Orchestrating my class schedule with my rigorous soccer training schedule and getting adjusted to new culture, different playing tactics and being away from the comfort of home added to the complexity of adjusting.

Yet with the support systems offered through the program, the adjustment to my new home in Hamden was much easier to manage.

I was amongst 13 freshmen that entered the women’s soccer program in 2015. We were projected to be a rebuilding team and as we adjusted to our settings. We faced some wins and losses. I felt as though my teammates and coaches had complete confidence in our ability, and I was driven to make a difference.

Year after year we trained harder, became stronger and improved as a team. Over the last two years, we have been able to make the MAAC Women’s Soccer Tournament — a feat that took our program three years to accomplish — and I am confident that next year will be even better.

You never forget every second of the last game you play for a team. That last game, more than any game you’ve ever played, feels like life or death. 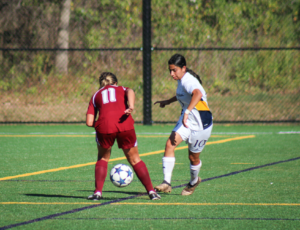 [/media-credit]Of course, soccer is just a game, yet when you’re on that field, if the thought of losing doesn’t make you a combination of upset and scared, then you don’t love the game.

If you don’t have a terror and angst giving you the motivation you need to do absolutely everything you can to win, then you don’t want it enough. Any coach will tell you, the game doesn’t always go to the most talented team, it goes to the team who wants it the most.

One thing I can say is this team had the heart to win. In our last game, my senses were atypically heightened. We arrived at ESPN Wide World of Sports Complex in Orlando, Florida. You could hear the semis game being played before us. Most of us had our headphones in walking to our locker room trying to stay concentrated. I could smell, see and hear senses during my game that I couldn’t before. I wanted to savor every moment. I didn’t want the game to end and most of all I wanted to finish with a win.

I really wanted to win.

The rest of the game was an uphill battle, and our team knew that, but I’ve learned through this team that we don’t give up – we just work harder.

Just before half time we scored a goal to narrow down the deficit to 3-1. In the second half, we had many opportunities and early in the frame, our team drew a penalty kick (PK).

I stepped up for the shot. Standing there, I stared at the keeper and I knew where I wanted to shoot. Processing information in my mind I also took into consideration that this keeper had studied my last PKs and was aware of the side I shoot towards.

I decided to stick with my normal PK shot and the goalie got a step on me and was able to dive and save it. Immediately my head dropped, but my teammates picked me up and encouraged me to shake it off. They told me not to give up. 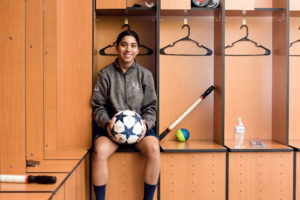 [/media-credit]Later in the game we capitalized on another chance to narrow down the lead to a single goal. I remember checking the clock every few minutes the rest of the game.

It seemed to be counting down so much quicker than it normally does.

Seconds were left on the clock and we were down by one goal. I got the ball just outside the 18-yard box, took a touch past a defender looking for a shot, — a shot that would hopefully make this game go into overtime — found some space and took that shot.

It was the last shot of my Quinnipiac career.

For a second it looked like it was going in the top left corner, but the goalie leaped up and was able to tip the ball out.

My heart dropped. That’s when we all knew it was over. Our time had run out.

We lost our game and I can’t deny my disappointment in losing. But I realized then just how much our team had grown, and had pushed me to grow, these past three years.

It was my last game in a Bobcat jersey, but I couldn’t have been prouder of the fight our team put up.

From being down three goals, not once did we give up. Although I couldn’t walk off with a win as a final goodbye, I did walk off with pride, the feeling of accomplishment and the confidence that next year, the team will continue its growth and results will be even better.

My last three years have been a journey that has taught me many lessons. I learned it is impossible to succeed without perseverance, without trust in one another and without having a bigger commitment, beyond ourselves, that gives us purpose to succeed. 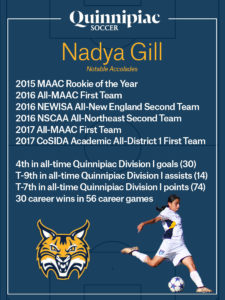 [/media-credit]On the pitch, we are not playing for ourselves, but for our school and for our teammates. We play for those who have helped us get to where we are today. We are stronger together.

Like many other student-athletes before me, my experience has taught me teamwork, discipline, time management, mental alertness, commitment and a deep pride in representing Quinnipiac University. I was given my dream of playing the sport I love while obtaining an exceptional education and developing characteristics that will serve me after life at Quinnipiac.

I am a strong, independent and motivated woman thanks to my growth at Quinnipiac. I will carry my experiences as a Bobcat with me to further enhance my growth as a soccer player and my academics. It is now time for me to move onto a new adventure.

In January, I will be transferring to West Virginia University to play for the Mountaineers women’s soccer team. There I will continue my growth as a soccer player and enroll in the Master of Science, Coaching and Sport Education program.

I will be able to further challenge myself and chase my dreams. To be able to get to where you want to be, you must be willing to take risks and sacrifice in order to do what you love.

I am proud to have been a part of this Quinnipiac team and grateful for all that the university had to offer me. I look forward to taking my turn to sit on the bleachers and cheer on my Quinnipiac team in the near future. 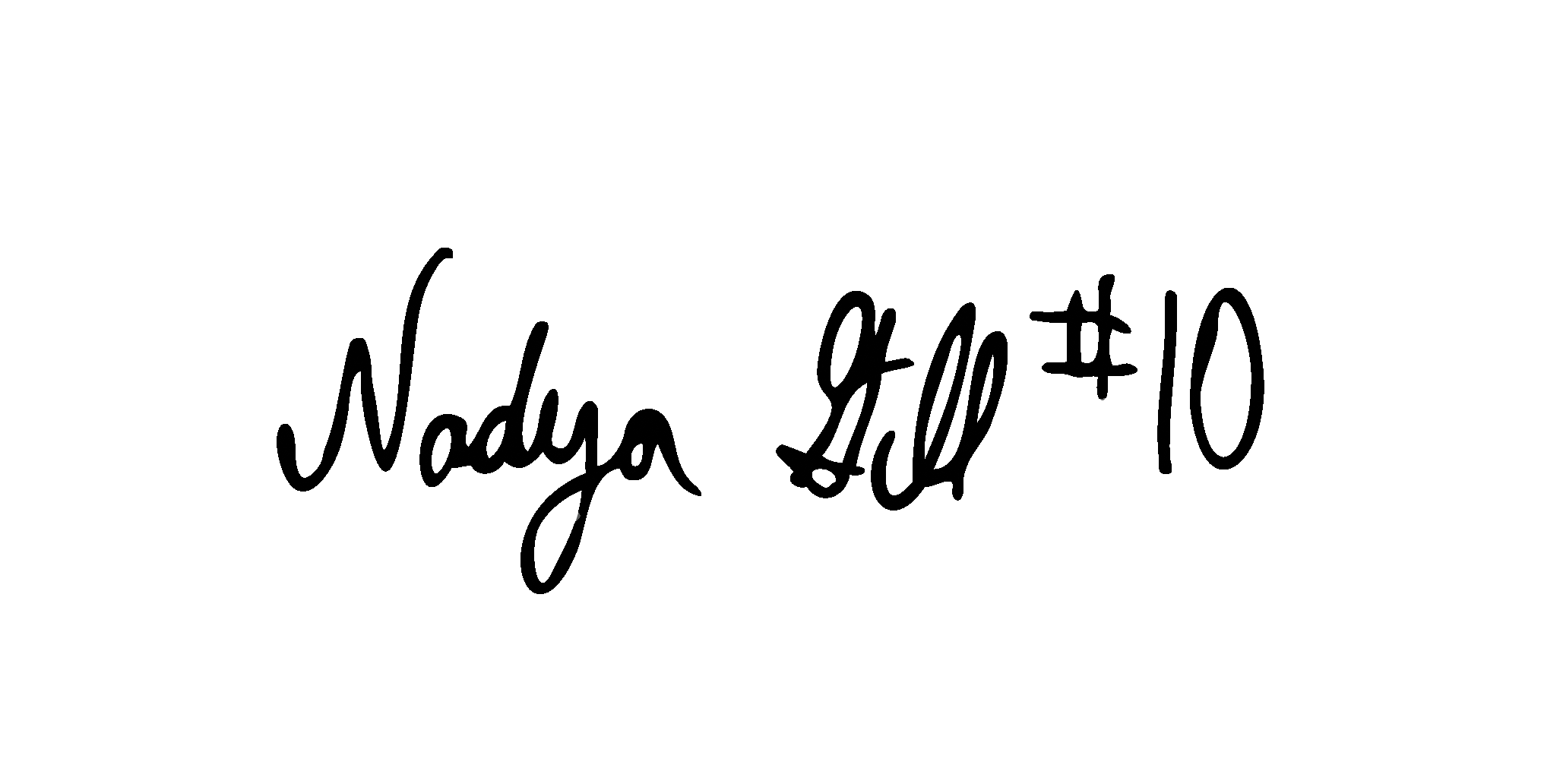