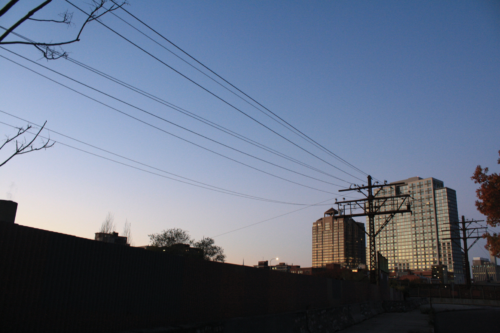 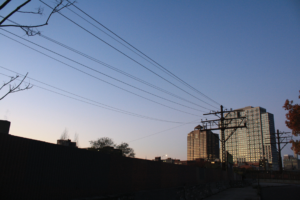 [/media-credit]“Yesterday, my husband and I were driving to get some breakfast, and a gentleman was crossing the street in stocking feet and a t-shirt and was carrying a bag,” New Haven resident and auctioneer Lori Chaps said. “We stopped and gave him the coat off my husbands back. We asked if he needed a ride, and he very articulately said, ‘I have no destination.’”

For Chaps, what happened yesterday was nothing new.

“Whenever I walk in New Haven, I always take a pair of socks or mittens with me to give to someone who needs it,” Chaps said. “And that is a statement of where we’re at.”

And while Yale may be a staple of New Haven, it can only tell part of the city’s story.

New Haven is also home to many neighborhoods on the other side of a wide income gap, which is a long-standing issue that has yet to be eradicated, and is increasing annually.

The income disparity between the top 20 percent earning households and the bottom 20 percent increased by 20 percent in the six years between 2006 and 2012, according to an analysis performed by DataHaven.

This concept is not confined to New Haven city limits, as the county in its entirety has a greater wage gap than 80 percent of counties nationwide, according to DataHaven.

Wage discrimination is partially to blame. A Pew Center study showed that a college educated black or Hispanic man made 80 percent of the hourly wage earned by a white, educated man.

“As police officers, it’s not our business to give opinions. But we’re human, we have eyes, and we can see,” New Haven police officer David Hartman said. “Impoverished neighborhoods are higher crime neighborhoods. It’s no secret.”

Law Street Media, an organization that deals in legal and government policy, compiled a list of the most dangerous cities in the nation that have less than 200,000 people. New Haven was rated second on the list, with fellow Connecticut cities Hartford and Bridgeport rating at number four and six, respectively. 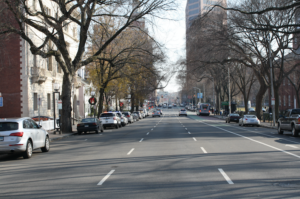 [/media-credit]Officer Hartman was quick to point out that sociological studies should be taken provisionally, as they have a tendency to ignore other factors that contribute to crime.

“Poverty is not the only reason for drug addictions, or people committing crimes,” Hartman said. “It is to a degree, but there are plenty of people who get themselves in the right direction.”

Being a lifelong resident of New Haven, Hartman noted some of the improvements he has witnessed in the city, including development of superior public housing.

“I remember in the ’70s there were high rise housing projects, the type you’d see in a crime drama in New York City,” Hartman said. “New Haven has done a pretty amazing job of taking public housing and transforming it — it’s night and day.”

One of the largest hubs of wealth and commerce for New Haven is Yale, which resides downtown, and continues to expand its campus throughout the city. Yale, an Ivy League university, comes at a hefty price tag for students. Accordingly, one in five are in the top one percent earning bracket, according to The New York Times.

Sophomore philosophy major at Yale, Livia Bokor commented on New Haven’s compact size and how that has affected her view of the wage gap.

“We really see the divide in this city because we are all in close quarters,” Bokor said. “It’s a very small city, so everyone is in a very close proximity to one another.”

New Haven is relatively dense — the city limits only encompass 20 square miles, yet provides 130,000 citizens a home. That’s a population density of 6,500 people per square mile, compared to approximately 2,900 in Hamden.

New Haven’s small size is a stark contrast to Bokor’s native New York City, where the income gap is a lot easier to ignore.

“The actual income gap is very similar to New York, but New York is so much bigger, so it’s easy to forget it’s there,” Bokor said. “In New York, you can stay in your own neighborhood for blocks.”

With Yale in such close proximity to lower income neighborhoods, Bokor believes that the university should be doing more for the community.

“I think that Yale should have more required community engagement for students,” Bokor said. “The endowment is huge and there’s enough resources and time that we could be spending on the community.”

Despite the strides that New Haven has made, and the potential that it has, Chaps for one is still not happy with the city’s policies.

“I am overwhelmingly disappointed in our community and our government,” Chaps said. “We need to do more. I think that it’s an individual responsibility for community members to say ‘What can we do to address this issue and make it better?’”