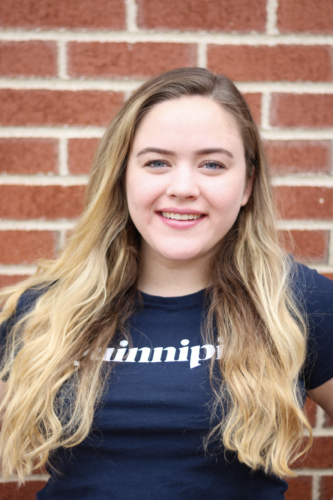 About 20 years ago, The Chronicle published an article on what it meant to be gay at Quinnipiac. Some of the words said by students were enough to know the atmosphere of the campus.

“Looking through your textbook under homosexuality to see if it is categorized as deviant behavior” and “explaining your sexuality to your roommate, and having him/her request a room change,” are just some of the few words Quinnipiac students said 20 years ago.

Times have changed and people have become more accepting since the last article, according to Shelby Petrie, Vice President of Gender Sexuality Alliance (GSA). Petrie believes that although people of a different sexuality are among a minority, they are generally accepted at Quinnipiac.

“We still have a long way to go before heterosexuality and being cisgender are no longer the perceived norm,” Petrie said. “I have faith that our student body will continue to make strides in the right direction.”

Quinnipiac has changed for some people of the LGBTQ community. Quinnipiac’s GSA, recognizes nationwide events such as Day of Silence and National Coming Out Day, while also holding fundraisers and drag shows.

Diane Ariza, the associative vice president for academic affairs and chief diversity officer, believes that there is still some bias located on campus.

“In 1997, I would be curious to see what was going on nationally, I would like to see more in the nation that provoked the campus to allow these rules.”

Referring back to the article from 1997, Ariza was astonished as to how the LGBTQ community viewed their life.

When referring to the LGBTQ community 20 years ago, Ariza acknowledges that America is a heterosexual climate.

“It’s complicated, don’t try to fix it, you can’t fix it, you have to respect and acknowledge it,” Ariza said. “People are still not comfortable to show public displays of affection or publicly display their sexuality.”

“(The article) seems accurate,” Contrucci said. “I graduated college in 1997, and it’s accurate to my experience in college.”

As a member of the LGBTQ community and advocate for human rights, Contrucci felt safe in this community, but knows that there are people who have a biased opinion.

“There’s a risk with being out and being who you are. If someone views me differently because I’m gay, then that’s an issue more with them and not me,” Contrucci said. “Hearts and minds are never going to be changed if they don’t have a representation of someone who is gay.”

When looking at the LGBTQ community today, Ariza and Contrucci have noticed that we, as a society, have a long way to go.

Contrucci further explained the cases imapct on the future of the LGBTQ community.

“It has changed the way we viewed intimacy and relations between same-sex couples,” Contrucci said. “But without this ruling, we would never have paved the path of the LGBTQ’s community and future laws.”

“This school provides an open community because I’m able to express who I am openly and not be ridiculed for it. It’s better than home because they didn’t have this kind of support back home.”

“I haven’t really felt different or ostracized or anything like that being here…I know that the Department of Cultural and Global Engagement provides a lot with multicultural student council but we should try and integrate more stuff about being gay and events surrounded about that.”

“There’s always going to be a perception about gays and lesbians in society. I don’t want to make people feel uncomfortable by my sexuality. At the same time, Quinnipiac has a very accepting community. I don’t think anyone would be unaccepting of me here if I told anyone.”