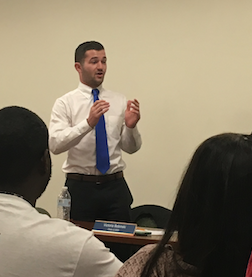 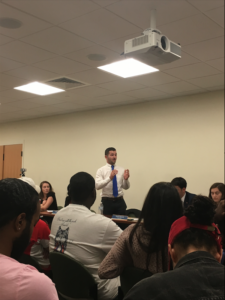 [/media-credit]President of the Class of 2020 Chris Montalvo stepped down on Monday, Nov. 13 due to personal reasons amid alleged conduct issues.

SGA Vice President for Public Relations Victoria Johnson said Montalvo explained to the executive board of SGA that he was stepping down due to conduct reasons.

“The executive board respected his privacy and did not ask for more information,” Johnson said in a statement.

On Wednesday, Nov. 15, SGA was going to vote on Montalvo’s impeachment proceedings and possible removal, but this will no longer take place, according to Johnson. Montalvo has stepped down and the impeachment process has been stopped.

Montalvo was the center of controversy two weeks ago regarding his statements made at the event “Your Voice, Our Quinnipiac: My Culture is not a Costume.” Students including senior class representative Ali Munshi were selected to serve on a task force to execute Montalvo’s impeachment process.