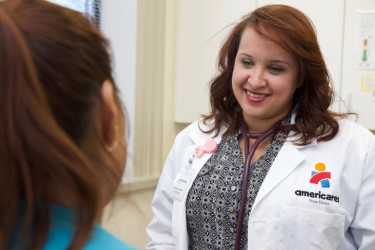 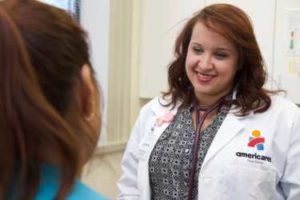 [/media-credit]Students at the Frank H. Netter School of Medicine have been running the Bobcat Community Health Alliance (BCHA), a clinic which operates in Bridgeport, since 2016. They provide health education, and two different clinics, one which checks for wellness, and another for acute care. Their most recent clinic was held on Saturday, Nov. 11.

The BCHA was started as a result of the first students of the Netter School wanting to set up the clinic, as it is a common feature for medical programs to have, second year medical student and the Director of Operations for the BCHA Britton Gibson said.

As for the location, Clark Santee, second year medical student and BCHA’s executive director, said that part of the reason is because of the Netter students regularly did their clinicals in Bridgeport in their later years of medical school. The other part, Santee said, is that Bridgeport is a city that needs the services that BCHA provides.

“We recognize that Bridgeport is the largest city in Connecticut, but it really doesn’t have a lot of the services that some other cities do,” Santee said. “They have a really large underserved population… we want to be offering more services to the community as our own organization.”

Karen Gottlieb remembers when BCHA was started. As the executive director of Americares Free Clinics Inc, she did not originally anticipate her organization partnering with a medical school. However, when she was pitched the idea during a luncheon in 2015, she was more than willing to help.

“We were thrilled,” she said. “Anything in our mind that allows us to provide more services to low income, uninsured people in the community is always a good thing.”

Americares is an organization that has been operating since the 1970s and focuses on global health, according to its official website. The clinics were a later development, as Gottlieb has been working with Americares Free Clinics since they started in 1994. There are a total of four clinics in Fairfield County, which are all near Americares’ headquarters.

The reason why Gottlieb originally wanted to be involved in free clinics was because of wanting to give back. However, she became devoted to her job.

“It quickly becomes a passion, it becomes something that there’s no job you’d rather do, and either that’s the case or you get out of free clinics,” she said. 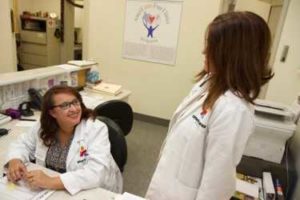 [/media-credit]Gottlieb isn’t the only one with prior experience with clinics. Gibson has been involved with clinics in New Haven and in South Africa, helping those who aren’t able to access care without drastic measures like walking into an emergency room for a non-emergency reason.

For Gibson, being able to work the free clinics is a unique learning opportunity to help those who are, as she puts it, “in the donut hole” because they aren’t able to afford their own insurance, but make too much money to qualify for programs like Medicaid or HUSKY.

“I think you only grow from all of your experiences, and I hope that I’m able to [learn] from those experiences and allow them to impact how I approach patients and approach my profession,” she said.

In terms of how BCHA is run, according to a promotional presentation, all of the positions are managed by students who are elected by their peers in the Netter School. The variety of executive roles in the organization include internal researchers, faculty and legal liaisons, and an outreach coordinator. When doing their work, they are either supervised by Netter faculty, or employees of Americares.

Some undergrad students, like Junior Margy Shah, feel that the program is mutually beneficial.

“They are providing treatment for other people, so it’s kinda getting the ready for their careers, and it’s also great for the people who can’t really afford certain types of treatment, and although it’s only once a month, it’s definitely a great program,” she said.

Freshman Anthony Gaudino thinks that the name recognition from the clinic could benefit the school as a whole.

“[BHCA] definitely gets Quinnipiac’s name out there too. Anything helps,” he said.

Santee says that the free clinic work is always worthwhile.

“It’s been really exciting every time we have patients come in, and we help them out. It’s really rewarding, and being in leadership, it’s exciting to see how everyone’s been able to work as a team,” he said.