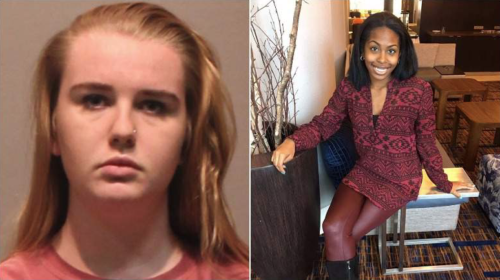 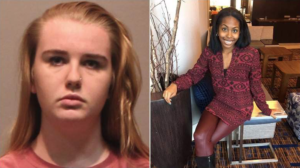 [/media-credit]A crime was fully brought to light at the University of Hartford on Saturday, Oct. 28 when freshman student Briana Rae Brochu was arrested and charged with third-degree criminal mischief and second-degree breach of peace.

Campus officials were notified that she had been systematically tampering with the belongings of her roommate Chennel “Jazzy” Rowe, according to USA Today.

Brochu admitted to police about her list of offenses against Rowe, which included smearing bodily fluids on her backpack and licking her dining utensils. Brochu also admitted on her Instagram account that she spat in Rowe’s coconut oil, mixed moldy clam dip into her face lotion and put her toothbrush “where the sun don’t shine” shortly after being told by Rowe that she was moving out of their dorm.

Brochu concluded her confession with announcing that she finally got to say goodbye to Rowe, whom she described as a “Jamaican Barbie.”

Rowe released a video on Facebook live where she documented her experience living with Brochu, detailing the tension between the two of them since the beginning of the semester. Rowe also talked about how she likely got sick because of Brochu’s actions, because during the semester she developed a sore throat so severe she couldn’t sleep and could barely whisper.

Brochu’s behavior was not tolerated and she is no longer a student at the institution, according to a statement made by The University of Hartford’s President Greg Woodward.

Many people are sharing Rowe’s story online using the hashtag “#JusticeForJazzy,” urging the University of Hartford to address Brochu’s acts as a hate crime, which is an attack on someone based solely on someone’s specific social group or ethnic background, according to USA Today.

It is because of this incident that students at Quinnipiac University have speculated about their own administration and how they might handle acts of discrimination on campus.

Junior Brenna Mendell finds the acts committed by Brochu to be hate crimes and said that even if it wasn’t, no one should ever invoke such harm on another person in that manner.

“Obviously, it had something to do with her thought process to do this horrible stuff,” Mendell said. “I mean, maybe she wouldn’t have done it if her roommate wasn’t a certain race.”

Mendell said that if there were acts of discrimination on campus, she trusts that the university would handle it properly.

“I think this school would probably handle it pretty well, considering the conversations that I’ve had with (Resident Assistants) and (Residence Hall Directors) concerning problems with my room in past years,” Mendell said. “I think this school would try to handle it in the most politically correct way, which is not necessarily the way that always makes everyone happy, but I feel like they’d try to do their best.”

Senior Nathan Williams also considers Brochu’s actions to be hate crimes and is certain that Quinnipiac would follow the same steps as the University of Hartford did to rectify the situation.

“This incident shows parts of the absolute worst that humanity has to offer. To be slowly poisoning your roommate is something that is very extreme,” Williams said, “I am 100-percent sure the university would handle the situation very similarly. They would inform the local police department and expel the student. We will probably have workshops and meetings to discuss the issue, from the perspective of the student body.”

Mendell said educating students on these types of crimes can help further inform them on what is considered offensive.

Having talks of inclusivity and diversity can be useful, especially for freshmen students who are experiencing their first year on campus, according to Williams. Although, Williams also said that in the end, it is up to the students to involve themselves in these events.

“By making programs available for students to discuss these hard issues, we can work better to understand one another,” Williams said. “Hopefully to lessen the probability of a hate crime, and or bullying.”

Director of Residential Life Mark DeVilbiss said that the first action taken when alleged harassment is addressed is for Residential Life or Public Safety to take an official report documenting the incident and who was involved and each department would investigate the incident.

Students should report alleged harassment to Public Safety or Residential Life,” DeVilbiss said. “Physical evidence such as text messages is not needed, though we encourage students to preserve such information if they have it.”

If a student reports alleged harassment to their Resident Assistants, who are expected to write a report of the allegation right away and ensure the wellbeing of the affected student by connecting them to campus resources as well as notifying professional staff on duty so an appropriate follow-up can occur, according to DeVilbiss.

All students at the university are protected by a roommate bill of rights, according to the student handbook. These bill of rights include the right to to be free from intimidation, physical and emotional harm, to expect respect for one’s belongings and to have privacy in one’s room.