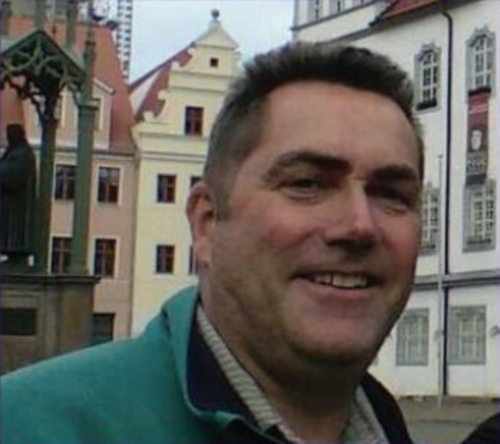 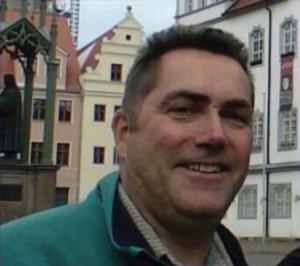 [/media-credit]When one meets Frederick Raudat, a QU201 and QU301 professor, he or she wouldn’t know he suffers from Crohn’s disease, a disease that attacks the lining of the intestinal tract. Now, numerous surgeries later and still standing, Raudat peacefully ponders the classroom discussion in his seminars and responds to students’ debates with wise insight.

To celebrate his birthday on Monday, Oct. 23, Raudat asked for a different kind of gift. He created a fundraiser on his Facebook profile and shared it to his friends. The fundraiser link is titled: “I’m Donating my Birthday to Connecting to Cure.”

Friends on Facebook can use the link to go to a website/foundation of the poster’s preference, such as Raudat’s Connecting to Cure (a foundation which uses donations to fund research to find a cure for Crohn’s and Colitis) and donate in the person’s honor.

What came of the fundraiser far surpassed the $200 goal. The amount donated in Raudat’s name recently reached just over $1,400. Raudat said he was touched by the generosity of his friends.

When people think of Crohn’s disease, they may think of the Humira commercials, which show concerned looking people hurrying to the bathroom.

In reality, Crohn’s is a life-altering autoimmune disease which largely goes unspoken amongst the public, according to Raudat. Crohn’s undercuts the public eye because of the often-gruesome effects that plague those who suffer from it.

Raudat, who has been at Quinnipiac for over a decade, learned that he had Crohn’s disease when he was just 18 years old.

“After having gone to a series of doctors, [and] being told I had one thing or another, [I realized] it wasn’t a disease that was talked about back then,” Raudat said. “[Crohn’s] is a disease where they treat the symptoms, [doctors] don’t really have anything to get at the underlying causes.”

Today, doctors are much better informed about Crohn’s disease, but a cure has still not been found.

Crohn’s disease is a chronic inflammatory condition of the gastrointestinal tract (GI) and it commonly affects the end of the bowel and the start of the colon, but it can affect any part of the GI system, according to the Crohn’s Colitis Foundation website.

A colleague of Raudat, professor Sean Duffy of the philosophy and political science department at Quinnipiac held his own Facebook fundraiser before Raudat’s birthday. That in turn inspired Raudat to dedicate his own birthday to fundraising.

Raudat and Duffy first met about 10 years ago when Raudat started teaching the QU seminar series.

Raudat has not always been teaching at Quinnipiac, though. The disease set him back time and time again, and it has taken him a long road to get where he is today. 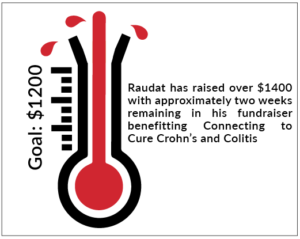 [/media-credit]“It affected me growing up. I dealt with depression a lot,” Raudat said. “I kind of limped along until 2001; by that time, I had to have a colostomy because of the scarring.”

The day which Raudat’s body had enough happened to be Sept. 11, 2001. It was because of the bladder and fistulas, that doctors who had looked at his cat-scans told Raudat that his intestines had calcified “like cement.” He was rushed to the hospital for surgery.

“Knowing what happened to the people on Sept. 11 in a weird way gave me hope because I was like ‘Wow look at what those people went through’,” Raudat remembered. “It was just like, if they can go through that, I can go through this…That was probably the scariest [point of the disease] for me.”

Raudat spent about a month of 2001 in the hospital healing from his ailments. After that things still did not break in Raudat’s favor.

Despite the month-long recovery, Crohn’s still had a hold over Raudat’s body.

Around July 4, 2002 Raudat was once again told he was going to need another ostomy operation. Although this time things would be different.

“At Mt. Sinai they hooked me up with this [surgeon], A.J. Greenstein,” Raudat said. “I knew from the minute I walked in his office [that I would be okay] when [Greenstein’s] said, ‘I’ve done a hundred of these, and I’ve had complications in only a handful of operations.’”

Raudat has not needed an ostomy since.

Due to his willpower facing Crohn’s, Raudat was finally able to do what he loves, being a teacher and helping students learn about the world and its many secrets.

“[Crohn’s] is not insurmountable. It’s difficult, and in some ways, it’s set me back professionally and when I got out of school, but in other ways I have more depth … I’m happier with the simpler things,” Raudat said.

Many students at Quinnipiac dread the QU Seminar courses, but not Raudat’s. Students can feel Raudat’s authenticity when discussions arise in his open environment classrooms, and that makes them feel at ease.

“[For] most classes that are seminar based…I don’t think participation being graded is incentivization alone to facilitate discussion,” Adams said. “[In Raudat’s class] people want to participate just out of the fact that he has this relaxed personality as well as a knowledge base to offer.”

Raudat’s impact on the Quinnipiac community and student body is not unnoticed by his students. Raudat truly cares for his students and wants to allow students the opportunity to have their voice heard in his classroom.