Put it on replay 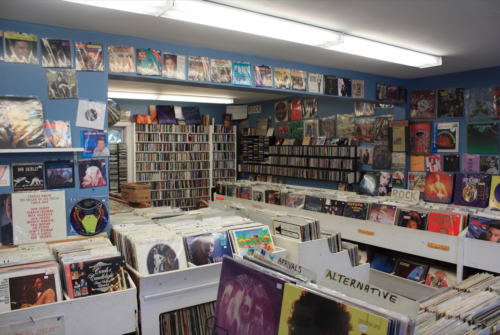 In an ever-more-digital world, it’s easy to forget the comfort that comes with once common activities. Whether it’s sealing a letter to mom or dusting off some old records, there’s something about these tactile experiences that’s missing from their digital counterparts.

Replay Records in Hamden makes the latter simple to relive.

Replay, located at 2586 Whitney Ave., is a quintessential record store. Walking through the front door, customers are greeted with stacks of dusty records, the sound of 80s rock played over a crackling Pioneer stereo and an intangible quality that screams “authentic record store.”

Doug Snyder has been the owner of Replay Records since he and his wife opened it in New Haven in 1989. Snyder, a lifelong lover of music, knew he wanted a career in the industry. Prior to the opening of Replay, Snyder worked as recording engineer at a studio in Wallingford and put out several albums of his own. Before long, though, he realized the music business was not something he wanted to be a part of.

Snyder, sporting a tie-dye shirt and shoulder- length silvery hair, is an epitomical record store owner. He talked about his reason for getting involved in the store almost 30 years ago.

“I had an idea when I was younger that it’d be nice to have a place to go buy records even when they’re out of print,” Snyder said. “This ended up being a good fall back- I’m still involved in music and associate with a lot of musical people.”

After navigating through three store locations, thousands of records sold and 28 years in business, Snyder has seen everything. But after all those years, one thing remains a constant: the music.

“Every year, thousands of albums come out that are permanently available as a past record that didn’t exist before,” Snyder said. There’s a continuity of good music that’s lasted ─ people are still listening to music from the 70s.” 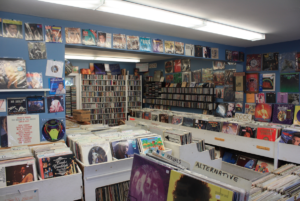 [/media-credit]That extensive catalogue of music at Replay invites shoppers to casually shuffle through stacks of albums. If you’re going, plan on staying a while to find those hidden gems.

That’s not to say Replay is unorganized, though. Albums are meticulously organized based on genre, artist and price point.

Snyder explains that the physical element that comes with looking for an album is one of the reasons for vinyl records’ recent resurgence in popularity, particularly among millennials.

“Vinyl is about being serious about owning music and enjoying it in your home and sharing it with your friends,” Snyder said. “People feel it, see it, love it. That’s where vinyl made a comeback.”

Snyder isn’t the only record store owner who is seeing albums under the arms of a younger generation. As CD’s rapidly become a relic (sales are down 16.3 percent) and mp3 music sales plummet (down 20.1 percent,) vinyl records have seen a 260 percent increase in sales since 2009, according to Forbes. In fact, revenue from vinyl records has outpaced that of streaming.

This is good news for an industry that has not yet figured out how to properly monetize streaming music. The music business has been hemorrhaging money since the introduction of music sharing websites like Napster and LimeWire in the early 2000s.

Fast-forward to 2017, and the majority of people are listening to music through ad-based streaming services like Spotify or YouTube. This may be legal, but it isn’t much better for the business because of diminutive royalty rates (although they are improving).

Even with the increase in vinyl sales and boost in streaming rates, the music industry is a little over half the size it was during its 1999 peak of $14.6 billion, coming in at $7.65 billion in 2016, according to Billboard.

This is, however, an increase over the $6.87 billion notched in 2015. The improvement can be attributed to increased paid streaming subscriptions, slightly higher royalty rates and, you guessed it, vinyl record sales.

“We’re starting to see that optimism was justified,” chief executive of Warner Music Stephen Cooper said about vinyl sales, according to The Financial Times. “But it would be dangerous to get too carried away.” 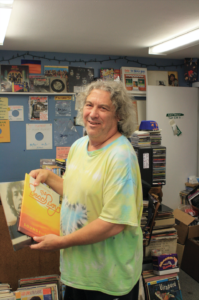 Snyder, on the other hand, is confident in records’ potential to be successful in 2017, especially considering its following among college students’ age.

“It was like a little capsule of the past,” Hardman said.  “It was hard to leave.”

And if the trendiness and tangibility of vinyl aren’t enough to get you into a record store, there’s still another reason that might convince you.

“Digital doesn’t add anything to music, it’s just a cold, hard thing,” Snyder said. “The vinyl has been adapted to make it sound good over the years. It’s not technically perfect sound, but it’s good for the ear; it’s natural.”