Only the Best for the Buddies 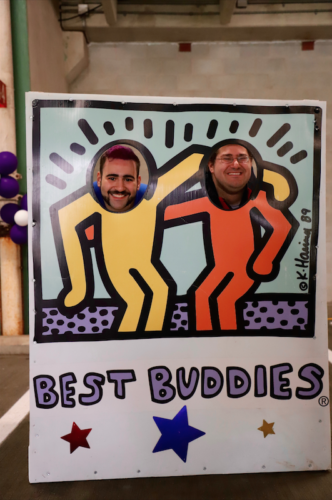 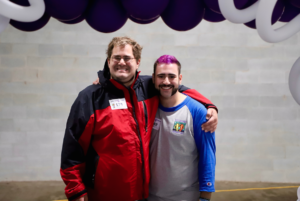 [/media-credit]What would it take for someone to dye their hair purple, clean someone’s entire house and get a tattoo? Senior occupational therapy major Micah Cutler promised all three and more while raising money for Best Buddies.

Best Buddies is the world’s largest non-profit organization whose mission creates opportunities for one-to-one friendships as well as integrated employment and leadership development for people with intellectual and developmental disabilities (IDD).

Cutler dedicates his time assisting to the organization as state events of the editorial board, especially during its annual event: The Best Buddies Friendship Walk (BBFW). The event brings supporters from across the state to help raise money and awareness to the organization. This year’s ninth annual friendship walk took place on Oct. 29 at the North Haven campus.

Cutler decided to raise money for the friendship walk by encouraging people to donate and by doing so, he would perform an act depending on how high the donations were.

“I just find that people are more likely to donate when they get some sort of thing out of it whether it’s me doing something or they get a reward of some kind,” Cutler said.

The inspiration behind this plan came from senior president of Best Buddies, Nicholas Donohue, who earned $950 for the friendship walk last year.

“I did it to help show people how dedicated I am and tried to help get more people to donate,” Donohue said in an email. “Best Buddies is an organization I am extremely passionate about and is not just a random cause that I am raising money for.”

“We tend to do a lot of incentive fundraising, where we offer to embarrass ourselves depending on how much we raise,” Schirra said in an email. “This year, I had to wear a banana suit for the entirety of the Friendship Walk and for the entire day on Oct. 31.”

Cutler said he wants to continue doing this type of work after graduation.

“I’ve been working with people with special needs almost my entire life and that’s what I want to do with my life,” Cutler said. “It’s all about being yourself and being a good person and just putting yourself out there and accepting people for who they are and not looking at their disabilities, but seeing them as another person.” 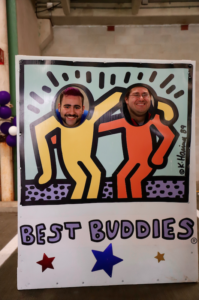 [/media-credit]Cutler’s contribution to Best Buddies began during high school, where he was the president of his high school’s program. After joining the university’s program, however, the members and buddies became more interactive with each other by allowing them to get out into the community more by doing activities like bowling, apple picking, halloween parties, and winter parties, according to Cutler.

“I have a buddy. His name is Ryan. He’s 24 years old and one of my closest friends at college,” Cutler said. “We go to the movies together, we go out together, it’s just a great program and you could really change someone’s life through being a friend to someone.”

Cutler managed to raise $2,149.18 individually which was added onto the Quinnipiac Best Buddies team, thereby having the team earn a total of $8,370.18 altogether. The donations they received will be donated to Best Buddies Connecticut to fund more chapters within the state, according to Cutler.

Cutler said that the friendship walk was ultimately all for the buddies so they can have a day of fun, since the event was structured in a way that gave people the opportunity to enjoy themselves no matter the circumstances.

“There’s kids who typically might not get to go to this type of style of event like a carnival or a walk or a fundraiser, whether it’s something sensory or they can’t stand loud noises or large crowds,” Cutler said. “We just try to make it so everyone has a great time and that’s our real goal for Best Buddies.”