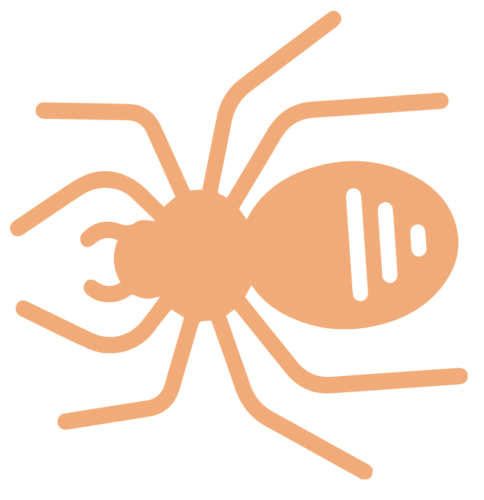 “When I lived Dana my freshman year, I went to the bathroom in the middle of the night on like a random Tuesday. I heard this really good singing. Then, I realized no one else was in there and I checked all the stalls and showers. And the singing kept going; I booked it to my room.”

“It was a late Thursday night. We were leaving my friend’s house in Hamden. It was a street near the woods and there’s a leaf spinning in mid air. No wind, no other leaves were spinning, just that one leaf. We stared for 30 seconds and it kept going. Spinning in mid air with no wind or anything to push it. Just spinning. We freaked out and left immediately. That was the day my perspective changed about ghosts.”

As told by Angela Costakis  ’18

“Before my uncle moved, he used to live in an older house that had previous owners. My parents and I went to visit him and his family for a weekend. We had been hearing noises and footsteps in the house for the first night, but didn’t think anything of it. Then, my aunt woke us up the next night because she was worried about my uncle. He was talking in his sleep, it seemed like gibberish. He was known for sleepwalking, but never spoke before. Apparently, he was speaking German, but we couldn’t make out exactly what he was saying, just ‘my house’ and ‘home.’ The next day, we did some research into the house and found out that the previous owner died in the house and was German. That freaked us all out and my uncle and his family later moved and haven’t told us if anything weird happened since then.”

“So, sophomore year, me and my roommates all had the lottery. We just picked a random room without going to Crescent and seeing it. It ended up being a beautiful room. Corner, top floor. It was room 668. One night I was laying in my bed and realized on my wifi router, it said 666. I was confused as to why nothing on the outside of the room said 666. All the rooms under us were 566, 466, 366. So we knew that we were room 666 and that Quinnipiac just didn’t put in room 666. After we realized that, we had patterns all over our windows, especially the one in the main common room. There would be writing on it sometimes, there would be smiley faces. It was crazy and terrifying. It was something new, so randomly throughout the year. Doors would slam all the time. It was so scary. Whenever, I would be home alone, I’d be lying in bed and just hear doors slam within the room. Then, I would get up and go check whose windows were open because of the wind and none of them were open, which was very terrifying. There was always shades rattling in the kitchen, even though the windows weren’t open. It was just a very haunted vibe.”

“And then most recently, so I was living in a house in Wallingford. It was like in the middle of the woods. When I was moving in, it appeared to be vacant for probably at least a year. I was talking to my landlord about the prior tenants who lived there. He said he thought they were an affluent Texas couple who came and wanted to sign a three-year lease. My landlord was like ‘No, let’s do just a one year and start with that.’ And they were very adamant about doing a three-year lease. And then after three months of being there, out of nowhere, they up and left. Left all of their furniture and all of their stuff there and just left the house. So what I thought was that this couple was on the run and they had hidden treasure somewhere. But, after I moved in, there was weird shit going on in the house. There were bloodstains in my bathroom, all around the frame. The lock to the bathroom door was on the outside so you could lock people in the bathroom, which scared the shit out of me. We always heard, throughout the roof, little noises. We’re in the middle of the woods. I used to be a hunting cabin. No one was around so you always wondered what those little sounds were. And then finally for being there three months, maybe four months, my roommate started getting really sick. And we ended up terminating our lease and getting out of there as fast as we could. But, yeah that was a pretty scary place. There was definitely some spirits in there.”