SGA pushes for club sports to be recognized by administration 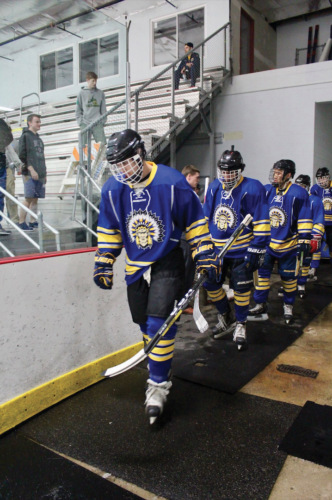 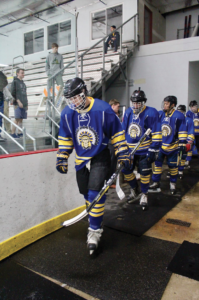 [/media-credit]The Student Government Association (SGA) is making an effort for club sports to be recognized by the university administration to empower the participants.

Pushing for club sports is an endeavor that will increase recruitment and retention in university involvement, according to junior class representative and Brave Hockey president Brandon Vattima.

Currently, club sports are separate from the university’s agenda. The club is responsible for itself in terms of funding and finding players and fields. With three new clubs sports added this year, the pressure for club sports to be recognized by the university is as strong as ever.

The men’s club soccer team began with an organization called Region 1 Club Soccer, which places teams in divisions based on location. After personal funding efforts and spreading word for tryouts, the team had to set up games and practices off campus. Required travel expenses also came out of the players pockets.

Due to the men’s club soccer team being restricted by the inability to use university facilities, the team had to reach out to other schools to split the cost of referees and field time.

Ryan Gentry, a member of the new club men’s soccer team, said this fall, the team travelled the northeast, and the teams they played had great relationships with their schools.

“SGA getting us recognized would mean a lot to us, and me particularly, being someone who’s been looking for a nice practice field to play on for the last four years,” Gentry said.

For Vattima, club sports are all about leadership opportunities and a search for unity.

“Club sports for the student body… will not only bring people together, but also empower them,” Vattima said.

Vattima hopes it is only a matter of time before club sports become a bigger part of the university’s culture.

He has a plan to get club sports on the map. His proposal is titled “Students in Support of Club Sports.”

“Students in Support of Club Sports” is meant to be a stepping stone in finding out what sports students want on campus and how much interest there is.

Vattima said that, with this program in place, students will be able to create their own club sports and take advantage of leadership opportunities in a more recreational way.

A new club sport goes through a “year-long probationary period,” where the team can lead itself and develop an argument for why the team deserves to be on campus, according to Vattima. This argument would then be presented to SGA and administration , then a decision is made.

This initiative is all about unifying the student body and creating leadership opportunities, according to Vattima. Vattima said all students voiced the creed where they agreed to “preserve Quinnipiac’s traditions of pride and spirit,” which can be done through recognizing and embracing club sports.