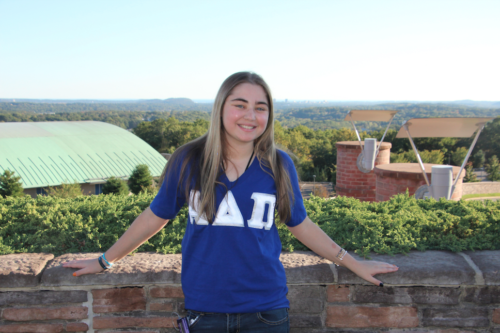 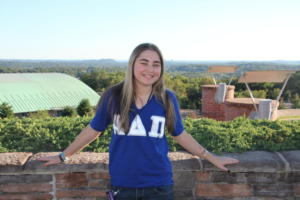 [/media-credit]“I was very comfortable with the term of passing,” Nicole Antaya, a junior psychology major at Quinnipiac said. “I wasn’t fearful.”

Antaya is a 23-year-old junior at Quinnipiac University who went through a double lung transplant two years ago due to her battle with cystic fibrosis. The now-involved dance teacher was once stuck on her couch with no energy to stand up.

Cystic fibrosis is a genetic disease that mainly affects the lungs, decreasing the ability to breathe over time. Because of the disease, Antaya had 110 grams of mucus in her lungs that wasn’t supposed to be there, according to her surgeon who had physically picked them up and noticed their unusual weight.

At the age of 16, Antaya noticed the lack of oxygen getting to her lungs due to the mucus. This is when she started to get dangerously ill. One morning she woke up and knew her oxygen levels had dropped. Statistically, Antaya’s oxygen level went from 6o to 40 percent in one night. This is when she knew she could not put her academics first anymore.

Instead, Antaya would only lay on the couch. Every day she would wake up and do her daily airway clearance technique which is to strap on a jacket and let it vibrate in order to move the lungs to cough up the bacteria. After this, she was not able to move. If Antaya had to go to the bathroom, she would wheeze and sometimes cough up blood because she did not have the physical strength to move.

At 16 years old, Antaya was only 80 pounds. She became so frail that it would be uncomfortable to sit in a chair. Because her body was using all of her calories to help her lungs, she started to eat McDonald’s every other day in order to maintain her weight.

Finally, enough was enough. Antaya’s doctor sat her and her mother down and told them that they were out of options. At this point, Antaya understood she needed a lung transplant in order to survive.

Her first option was to go through New York Presbyterian Hospital in New York City, but its waiting list was three years long. Meanwhile, Antaya’s doctor told her she only had six months left to live. This left her in more stress than the entire situation because no where near home could give her what she needed.

Antaya’s father scheduled an appointment for his daughter at Duke Medical Center in Durham, North Carolina. In the beginning of June 2015, Antaya and her parents traveled 564 miles to Durham to start the process.

The evaluation process began with head to toe tests on Antaya to see if she was functioning at a level to receive the pair of lungs. Then came the exercise part.

“It’s the Hunger Games because you are fighting for your life against a bunch of other people, you are not guaranteed anything and you need to prove to them that you are the strongest,” Antaya said.

During the 23 days of what Antaya calls “boot camp,” she had to reach a goal of walking a mile and biking three miles even though her oxygen level was at 80 percent. In order to gain energy for this evaluation, Antaya had to lift weights, participate in floor classes and go to an hour and a half post-transplant lecture class every day. If she did not reach the goal, Duke did not think she would be strong enough to receive a double lung transplant.

At the beginning of the evaluation process, Antaya didn’t think she was going to survive. Her resting heart rate was 140 beats per minute (bpm) when a normal person’s is around 70 bpm, and during her exercise classes, her bpm would reach up to 190. 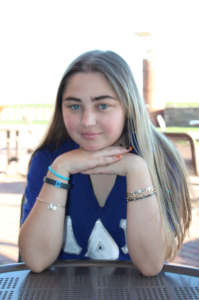 [/media-credit]“You’re like, ‘How can I possibly go through another day of this?,’” Antaya said while explaining the emotional feeling behind the evaluation process.

After the 23 days, Antaya successfully walked a mile and biked three miles. She was then placed on the waiting list, which brought the brutal hold period. Antaya could never leave her phone nor have it dead because they could call at any moment.

A month went by before Antaya got the call. In the evening, around 5 p.m., an unknown number appeared on her phone. Because she was trained to answer any number, Antaya picked up the call that would change her life. It was a woman telling Antaya that Duke found a pair of lungs for her.

“She said it just like that,” Antaya said. “It was like, ‘Oh yeah your dry cleaning is ready.’”

On Aug. 13, 2015, when the tests were done to find out exactly if the lungs were viable, the doctors immediately wheeled Antaya into the surgery room with no time to process this life changing event about to happen: a double lung transplant.

Although Antaya does not remember much of the surgery, she remembers waking up and realizing where the lungs came from.

“As soon as I woke up from my transplant, I took the tube out of my mouth and said to my mom, ‘It’s a boy,’” Antaya said.

The doctors did not tell Antaya where the lungs came from, but that didn’t stop Antaya from knowing. She felt in her heart that it was a teenage boy’s lungs, and she was right. When she was finally able to reach out to the donor’s family, she found out it was a 17-year-old boy named Jordan’s lungs who died in a car accident.

Antaya did not know how to put into words exactly how she knew it was a teenage boy’s set of lungs.

“It was intuition,” Antaya said.

There was no proof except how her heart and body felt after the surgery. A long recovering process was ahead of her.

She was injected with 900 calories every day to maintain her weight because her body was only targeting energy for her lungs to gain strength instead of her nutrients.

Three weeks passed and Antaya was fed her first meal that was radioactive toast and eggs in order for the doctors to evaluate if her body was able to process food. This is a nuclear process that the doctors watched for three hours to see how her body would digest food.

Then came the real meal. Antaya ate a footlong steak and cheese from Subway with a family-size bag of salt and vinegar chips in 30 minutes, and she couldn’t have been happier.

“I have a picture of my face afterwards with this look of ‘I am so happy I was just able to eat,’” Antaya said.

Antaya is still in recovery, but is finally able to call herself a full-time student at Quinnipiac. Although she has to avoid crowded places such as theaters and wears a mask on some days because she cannot risk getting sick and hurting her lungs, she says she is doing better than ever.

Antaya is the health and wellness chair of Alpha Delta Pi, she is involved in the Psychology club, QU ballroom society and anime club. On top of this, she still wishes she could be part of more.

Mara Cray, a sophomore advertising major, met Antaya on the first day of school last year because they were both lost. After finding out that they both had cystic fibrosis, they have been close ever since.

“Well it’s funny because the other day I was running for my physical therapy and I finished a mile and was all proud of myself,” Cray said. “I check my phone and Nicole, who is post double lung transplant and way more advanced in her cystic fibrosis, is on a six-mile run. I burst out laughing because in a test of mental toughness, Nicole would whip me every time.”

Exercising and having four rounds of pills every day, being involved on campus and staying on top of her academics, Antaya will not stop herself from being the best that she can be. She also encourages everyone to become an organ donor, because as her donor Jordan said to his parents before he died: “Why not?”