A front seat to crazy town 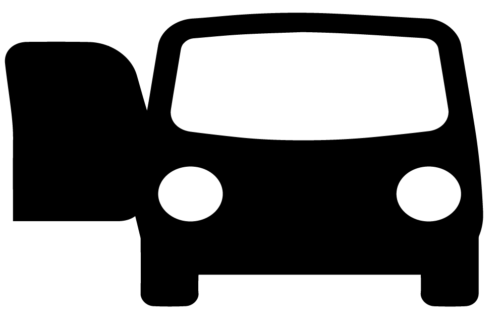 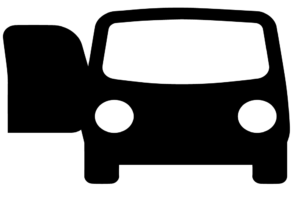 You never know what kind of driver you’re going to meet late at night in an Uber. From drivers who offer their passengers food to those who keep needles in the cupholders, here are some of the craziest stories about Uber drivers from Quinnipiac students.

Getting into a Kia Sorento at 4 p.m. on a Saturday afternoon, Quinnipiac students Maggie Smith and Meredith Fox met a future Connecticut congressman candidate. He introduced himself as Eric and immediately told them that he was running for congressman. He gave them basic background information such as he was a veteran and that he was shot in action. He was the only living person to have a memorial at a school because for a week he was declared dead. He believes he can make a difference if he is elected.

“I thought it was an innovative way to campaign and if I could vote in the next Connecticut election, I would vote for him,” Smith said.

Look for him in the upcoming months as he will be a keynote speaker at Quinnipiac.

On a May evening, QU freshman Jonathan Banks and some friends took an Uber to a party. Their driver was a 65-year-old man who was trying to relate to Banks and his friends. He told them that it would be the night of their lives and if he was in their shoes he would “bang all of the girls he could bang,” a direct quote from Banks’ Uber driver.

“I was personally taken a little aback by that and I just want an Uber driver that gets me from point A to point B with a general conversation, but this was an uncomfortable experience to say the least,” Banks said.

One Friday night, Fox called an Uber to take her and some friends to New Haven. Before her Uber arrived, her driver texted her and told her he had glow sticks for her and her friends. Overlooking this odd text message, Meredith got in the front seat and started talking to the Uber driver. When she looked in the cup holder she saw not only glow sticks, but more than three injection needles.

“It was a bit strange offering glow sticks to college girls at the beginning of the night, but it only got weirder when I saw he had needles in the cup holder,” Fox said.

Enchiladas With a Side of Death

On a night out with some friends, Quinnipiac student Taylor Sniffen with two other friends took an Uber to Ixtapa, a Mexican restaurant five minutes away from campus. Taylor realized the Uber driver was was one she had on a previous night out. The driver talked to the girls about how he loved all Quinnipiac students and despised Yale students. However, every time he would talk to the girls, he would turn around for long periods of time and take his eyes off the road, nearly crashing the car into other drivers.

“I don’t talk in Ubers in general, but I was freaking out a little bit,” Sniffen said. “We all got to the restaurant and we were shaking.”

Snacks in the Back

Waiting for an Uber, QU student Teresa Bates felt her stomach grumble and she realized she hadn’t eaten all day. She was excited to get back to campus to get food and anxiously waited for her Uber. When her Uber picked her up, she realized that he had copious amounts of snacks stored in the back of the car.

After a couple minutes of conversation, she found out that he just started working for Ubereats, an app where Uber drivers can bring customers food. A few minutes later he offered Bates a candy bar, drinks in a cooler, and a huge bin of other snacks. Grateful, she took some food and continued to talk to the driver.

“It doesn’t happen that often that Uber drivers have a ton of food to share with his or her passengers,” Bates said. “Let’s just say he got a big tip that day.”