U.S. Department of Education rescinds policy on how schools respond to sexual assault 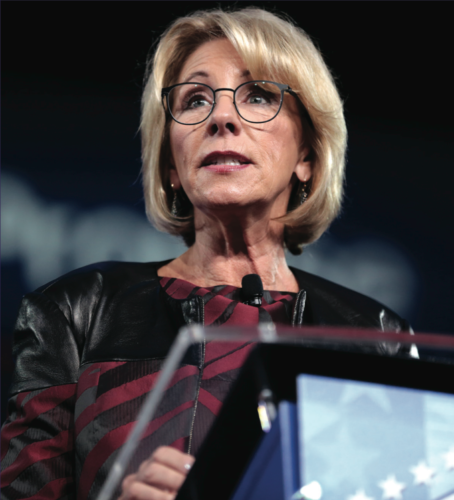 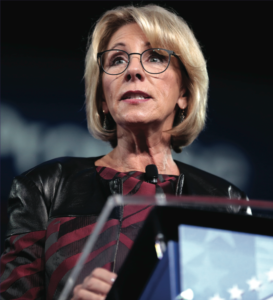 Title IX protects students from sexual harassment in educational programs or activities operated by recipients of federal funding. The act is a federal law that also prohibits sex discrimination in any federally funded education program or activity, according to the United States Department of Justice’s Title IX legal manual.

DeVos plans to give colleges more freedom to balance the rights of accused students stating that the new standard will be to have “clear and convincing evidence.”

During a press conference at George Mason University in Virginia on Friday, Sept. 22, DeVos presented a series of possible alternatives her department might put in place for Title IX.

One model calls for a voluntary opt-in center where professionally trained experts would handle Title IX investigations and adjudications.

“It looks something like this,” DeVos said. “In partnership amongst states and their attorney generals, participating schools refer to the center any Title IX incident which rises to a criminal level. The center cooperates with local law enforcement and has access to resources to collect and preserve forensic evidence; facilitate, but never require criminal prosecutions and apply fair and investigative techniques to gather and evaluate all relevant evidence to determine whether sexual misconduct occurred.”

This ensures that students are not charged by school-based tribunals on the basis of heresy or incomplete evidence, according to DeVos.

“This model allows educators to focus on what they do best educate,” DeVos said.

Associate Vice President of Operations Terri Johnson sent out a statement to the Quinnipiac community on Monday, Sept. 25, making it clear that the decision by the Department of Education does not change Quinnipiac’s policies, fundamentals or procedures.

“I write to offer clarity regarding how the recent Department of Education changes impact Quinnipiac,” Johnson stated. “To share resources and to reinforce that Quinnipiac remains committed to providing an environment free from all forms of gender or sex discrimination and sexual misconduct.”

The new guidance under the Department of Education permits colleges and universities to allow only the accused party to appeal decisions or to retain the ability to allow both parties to appeal, according to Johnson.

“Quinnipiac remains committed to a fair adjudication and investigation process for all parties as we continue to respond promptly and effectively when allegations of sexual assault, dating and domestic violence, stalking and other forms of sexual harassment are brought forward,” Johnson said.

The university encourages any and all individuals to seek assistance from a medical provider and or law enforcement immediately after an incident of sexual misconduct.

Courtney McKenna, director of student affairs, is available to work with and/or consult with students or student organizations who would like to host educational events or prevention programs.