And the award goes to…diversity 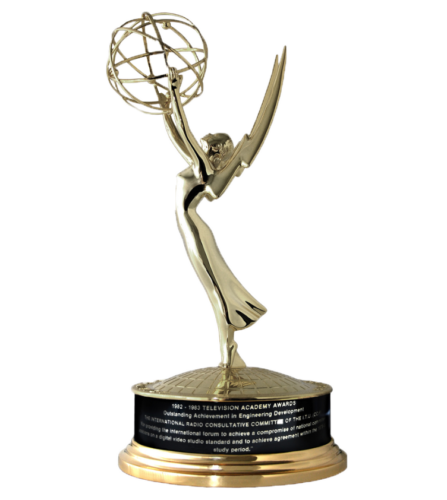 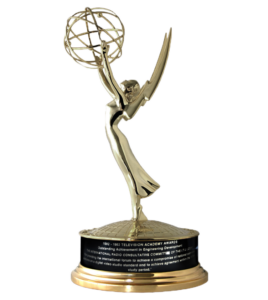 [/media-credit]Late Sunday night, Stephen Colbert hosted the 69th Primetime Emmy Awards, which brought a lot of disagreements between what celebrities should and should not express during the award celebration. From Ru Paul to Sterling K. Brown to Nicole Kidman, personal issues prevailed over the purely political debates seen in the news daily.

Brown took the Emmy as the first African American actor in two decades to win “Lead Actor in a Drama Series,” for his role in “This is Us.”

Before being cut off air during his speech, Brown congratulated the diverse past winners of this category. He first paid tribute to characters Walter White and Dick Whitman, and then proceeded to thank Andre Braugher who won this award 19 years ago for playing Detective Frank Pembleton.

Brown could have praised himself and his family for becoming the next black actor to win this award, but he chose a more influential route to honor Braugher’s work for getting Brown this award.

“Mr. Braugher, whether it is at Stanford University or on this Emmy stage, it is my supreme honor to follow in your footsteps,” Brown said.

He introduced the power of both races within this category. There was no competition, hate or opinions by Brown. He only gave thanks to the historical winners of this award for building a new equal path for the nominees.

“[Big Little Lies] shined a light on domestic abuse,” Kidman stated while accepting her award, “And by you acknowledging me with this award, it shines a light on it even more.”

Kidman embraced her opportunity of the spotlight being on her to spread awareness rather than talking solely about how she worked for this award.

The Emmy winner for “Best Supporting Actress,” Ann Dowd from “The Handmaid’s Tale,” honored the idea of never giving up in her acceptance speech.

“I’ve been acting for a long time, that this should happen now I don’t have the words so thank you,” Dowd first said in her speech.

The 61-year-old actress made an effort to illustrate how the timing of accomplishments or situations is not the reason for solutions. Dowd added the long period of time into her speech for the impact of how hard work can pay off.

Not only did Dowd exemplify the reasoning of hard work in her acceptance speech, but she also wore a pin that had a blue ribbon on it. Dowd, along with many other celebrities such as Matt Walsh, represented the American Civil Liberties Union (ACLU) with these pins.

The ACLU is an organization that fights for people who are unable to fight for themselves. Because of the debates in today’s society, celebrities took advantage of their fame to promote a serious organization that could influence many people.

Multiple winners also took their time on stage to comment on what they thought was necessary to express about President Donald Trump. Towards the end of the show, Tatiana Maslany presented the award for “Outstanding Lead Actress in a Drama Series” with Jeffrey Dean Morgan.

At this time, Maslany took the time to express her opinion as to why the character Claire Underwood in the Netflix series, “House of Cards” would be a great president. “She doesn’t tweet,” Maslany added to her monologue. Maslany did not bring awareness to a personal connection, but rather gave her opinion on an action done by Trump.

Alec Baldwin also brought up Trump when he won “Supporting Actor in a Comedy Series.”

“Mr. President, here is your Emmy,” Baldwin stated because of the jokes that were made about Trump always wanting an Emmy award. He also claimed that the blonde wig he wears to impersonate Trump on “Saturday Night Live” is “a good sign of birth control.”

Television is a way of sharing values, emotions and love for a mix of people, and on Sunday night, this was mostly shown. Yes, the Emmy’s demonstrated some political views, but at the end of the day they solely emphasized how we should all be united; through the love and variety of television.