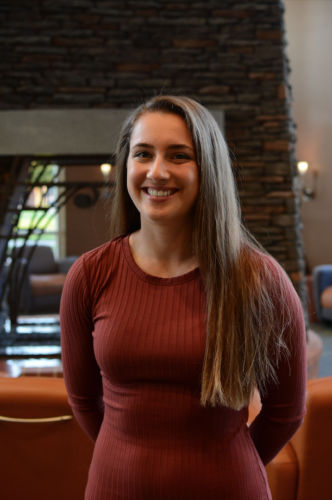 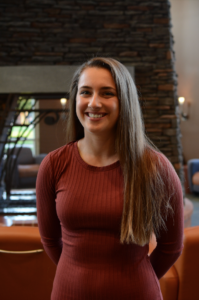 [/media-credit]Sophia Marshall is the new freshman class president, and she intends to make sure the Bobcats are anything but quiet.

The new president’s words on hard work are not to be taken lightly. An energetic, outgoing personality, Marshall’s energy can be seen in everything she sets out to do. As a student in high school, she was a three-sport athlete, a captain in two of those sports, a member of three honor societies, the vice president of the orchestra and an active member of student government serving her senior year as class marshal.

“I love her so much and she’s trying to follow in my footsteps,” Marshall said. “I want to give her a good path to follow, so I do my best to lead by example not only for her, but for everyone who might look to me to lead.”

She stresses the humility her role brings her. Marshall emphasized that just because her title is president, she does not see herself as better than any representative or student, but merely someone who can bring their needs to the people that can fix them.

“We really have a diverse group of people and everyone brings something new and different,” Marshall said. “I’m still getting to know them but I feel we have something special here.”

She went on to describe how they had students involved in a myriad of different activities, from student media, to Greek life, to QU After Dark and many more. She loves how the government is just as diverse and involved as the student body it represents. Marshall believes this is vital if she is to achieve her main goal and central campaign promise.

This was the message the new president rallied behind and the point she hammered home. She said the goal of this administration is to unite a large diverse class and to break down social barriers.

She also stressed not only the need, but the desire for students to communicate and tell the student government what they need so that they can act for the betterment of the class. She hopes that if the barriers are torn down, the class of 2021 will be able to bring change and progress for the university for years to come.

“If she lacks anything, it’s an ego, which is also a really cool thing to see from a person who just gained the highest possible position in her class,” she said.

Marshall also spoke on her thoughts of currently being Quinnipiac’s lone female class president for the year. She did not shy away from the opportunity, and believes it gives her extra responsibility.

“I believe in female empowerment. I believe everybody is equal and everyone is just as capable as someone else, end of story,” Marshall said.

Marshall said she believed she has an extra obligation to make sure the traditionally underrepresented have an equal voice.

She ended in a simple and honest way with a genuine smile.

“I want to be a role model. I want to make my class proud.”