Now playing: “The Peace and the Panic” by Neck Deep 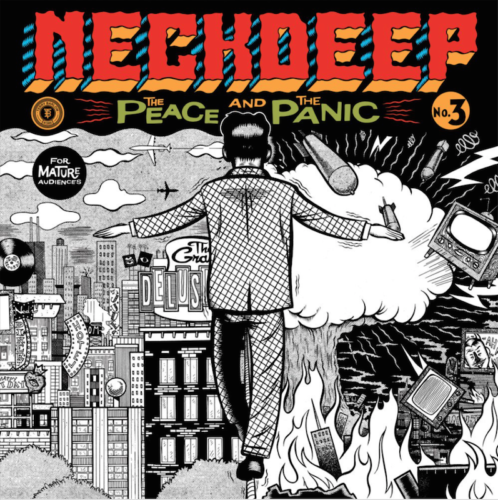 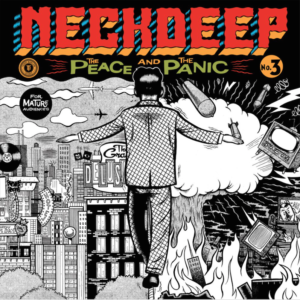 [/media-credit]Welsh pop-punk band Neck Deep started off the summer with a bang as one of the biggest acts on the Vans Warped Tour. Then it ended its summer on a similar note by releasing its third studio album, “The Peace and the Panic”. The album, which gets its name from a line in the first song, takes you on a ride exploring different themes and emotions.

The album is introduced with “Motion Sickness,” starting things off in typical Neck Deep fashion: catchy riffs and belt-able lyrics from start to finish. “In Bloom” highlights how the band is evolving, as the song has a different sound than typical Neck Deep, but still holds the powerful lyrics and highlights Ben Barlow’s vocal range from low all the way to his falsetto.

On a heavier note, “Don’t Wait” features Sam Carter of Architects and highlights his harsh vocals while touching on modern politics. This isn’t its only track touching on politics as “Happy Judgement Day” similarly talks about both American and British politics while adding in a catchy and effective key change for the final chorus of the song.

Songs such as “Wish You Were Here” and “19 Seventy Sumthin” are a lot lighter sounding musically, but very heavy lyrically. The former talks about the loss of a friend or a loved one with vocals split between Barlow and bassist Fil Thorpe-Evans, and the latter more specifically about the loss of lead singer Ben Barlow’s father as the track eloquently details the story of his parents until his father’s death.

The album without a doubt explores both extremes listed in its name. It is nice to see that Neck Deep did not use the breakthrough success of their previous release, “Life’s Not Out to Get You,” to betray their sound and make a jump to the mainstream. Instead, it stuck to their roots while evolving its sound, and it did an A+ job of that.