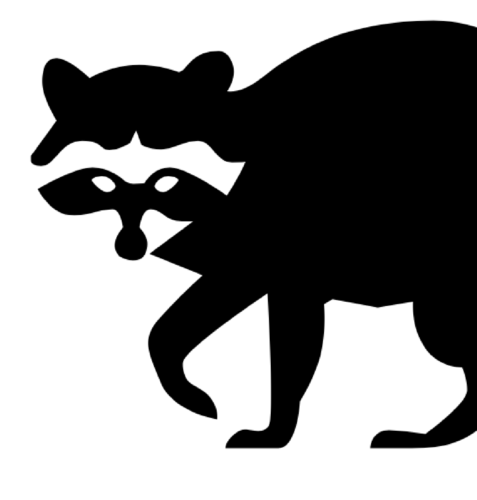 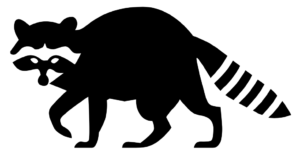 With fraternity recruitment happening this week, the anticipation overtook some. For one small mammal in particular, we got the  inside scoop on what it’s like to live with fraternity brothers.

For sophomore Rob Workman, it was an ordinary Labor Day. A day of relaxing and hanging out with friends.

As imagined, a college dorm room with boys is not typically immaculate. The residents of New Village decided to put their trash bags outside because liquid was seeping through onto the floor. The brothers of Zeta Beta Tau had plans to bring them to the dumpster when they got back from a friend’s room on campus. They came back to a shocking sight.

“We came home to see a raccoon just tearing up the garbage bags at the bottom of the stairs,” Workman said. “We were freaking out. We didn’t know what to do.”

As Workman and his suitemates stood at the top of the stairs watching the raccoon make a mess, he called his roommate Daniel Namkung over, who was in the room, to try and shoo the raccoon away.

Namkung decided to take a look at the raccoon. He opened the door and within seconds, the raccoon went sprinting into the boys’ room. It went directly up the stairs, and into the first room on the left, where students Dan Roth and Brendon Brown live.

The raccoon proceeded to wreak havoc.

“The raccoon made a lot of damage,” Workman said. “I don’t think it urinated on anything out of fear, but it went through everything. It went into their wardrobe, through all of their clothes. In both of their beds.”

The boys were watching from outside, with a front-row seat to see their new roommate make himself comfortable.

Snapchat stories from Workman and the boys let other students on campus know what was going on in New Village. They captured when the raccoon was in the room and also on top of a dresser. The slew of screams and bewilderment of the videos is America’s Funniest Home Videos worthy. A crowd started gathering. Everybody else wanted in on this not-so-normal Labor Day.

The boys decided to call public safety to get some help with the intruder. Instead of public safety, two police officers from the Hamden Police Department came because animal control was off for the holiday.

After about two hours of deliberation, the verdict was to cut the window screen to free the furry friend. The spectators were told to back away from the window for safety precautions.

The screen was cut and the raccoon sprinted out into the darkness, anxiously awaiting to get to his den and tell his friends about his adventure. The boys of New Village were ecstatic, as it was getting to the wee hours of the morning.

The aftermath was a disaster. Cologne, water bottles, clothes and shoes all rummaged through. A crime scene. The boys were sure to document it on Snapchat as well, to keep the loyal fans updated of the raccoon saga.

Workman and his suitemates sanitized the room after and were also issued a cleaning order by Quinnipiac, to make sure they wouldn’t catch anything from the raccoon.

It was a day in college they will never forget. For the raccoon, wait until rush week officially starts, little guy. As for the residents of New Village, they learned a lesson about leaving trash bags outside.