AHS: Clowns of the election 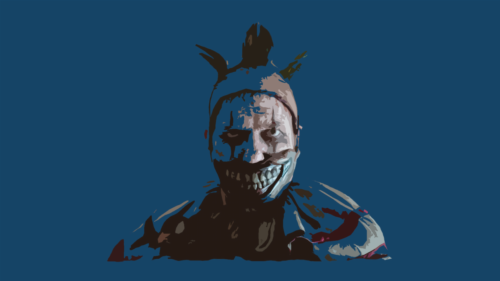 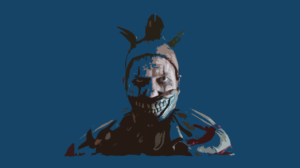 [/media-credit]American Horror Story has premiered its series of either hits or misses, but its new season premiere hit it out of the ball park.

The FX horror anthology series centers around a new theme each season, with this season being titled Cult. Producers Ryan Murphy and Brad Falchuk’s critically-acclaimed series also takes their ideas out of past/current events, with the season premiere focusing on the 2016 Presidential Election. While no actors were cast to play the candidates, both Donald Trump and Hillary Clinton make an appearance on screen.

Murphy and Falchuk made it a point to showcase just how much the world is divided by including reactions from both sides of the spectrum, with Murphy stating he will be “illuminating and highlighting” people who feel neglected by the Trump administration.

This season is unlike past seasons, as it deals with a current social issue today transformed on screen. A bold move by the producers, audiences will either love the season depending on how they deal with the election storyline, or hate it depending on their political views.

With the premiere episode titled “Election Night,” viewers are introduced to old actors that have previously made an appearance on the American Horror Story franchise, while also noticing new actors starring in their AHS debut.

The episode opens up with a montage of footage from Clinton and Trump’s campaign, along with simultaneous switches between scenes of two different people reacting to the election. The first scene introduces married couple Ally and Ivy (Sarah Paulson and Alison Pill) watching the election with their neighbors as Trump is announced President.

Ally becomes distraught with the news, going in a full-blown panic about the outcome, meanwhile the camera switches to Ivy comforting their son Oz (Cooper Dobson). The audience is then introduced to Kai (Evan Peters), who is watching the same coverage as Ally and Ivy are, with the latter being ecstatic about the news beginning to hump his television out of excitement. Kai proceeds to blend Cheetos and smothers them on his face, trying to portray the newly-elected president. While staring into a mirror, he says, “The revolution has begun.”

Then it cuts to the opening titles, which differ in instrumentals than previous seasons, giving a more brassy sound. Kai then goes to his sister Winter (Billie Lourd) and they discuss a plan without revealing the intentions to the audience.

Ally and Ivy discuss getting a nanny for their son, with Winter applying and ultimately getting the job. Her intentions are unknown.

After the opening credits, the audience is met with a familiar face from season four, Twisty the Clown. Portrayed by John Carrol Lynch, Twisty makes a special appearance terrorizing a young couple, when in fact it was just Oz reading a comic book about Twisty.

Ally then discovers her son to have a comic book of the infamous clown, and when Ally sees what her son has been reading, the audience discovers that she has a phobia of clowns.

Peter’s character is then seen harassing a group of Hispanic men. He starts off singing and proceeds to pee in a condom, which he throws at the men. The men, agitated, rush over to Kai and proceed to beat him up, while an unknown character films the ordeal.

Going back to Ally, she goes late-night shopping where she “hallucinates” clowns assuming that they are trying to kill her. With Ally running out of the store, she “imagines” that the clowns are in the back seat of her car, causing her to crash. Next scene shows Paulson’s character shaken up, with Ivy comforting her, telling her the police would look into it.

The episode ends with showing Ally in bed screaming as she sees a clown next to her. With a promising start, this season of American Horror Story could prove to live up to its hype.

Fans on Twitter are already in love with the new season with @feminist4lifeRM writing, “Episode 1 is already sooo much better than the entire last season!! So excited to see what else will be happening in this #AHSCult.”

According to eager fans, AHS has regained its status as one of the most popular shows on television, just waiting for the next episode to come out.