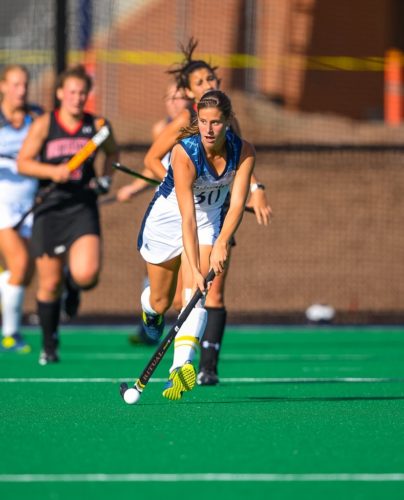 On Friday afternoon, the Quinnipiac field hockey team (0-3) played its first ever home game at the brand new Quinnipiac Field Hockey Turf Complex against the Northeastern Huskies (2-1). Quinnipiac had numerous chances throughout the game to take the lead, but Northeastern sealed the victory by scoring the go-ahead goal with less than a minute remaining to win 2-1. 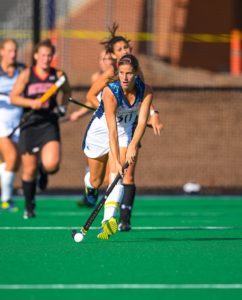 However, Quinnipiac stormed right back and tied the game at one on a goal by junior Elisa Ruiz Martinez, who will go down as the first ever Bobcat to score at the new turf complex.

Quinnipiac head coach Becca Main shared her thoughts on getting to play in the new stadium.

“Last year we were physically exhausted from all the travel back and forth to Yale,” Main said. “Now we have a place that’s ours and we’re not taking it for granted.”

After the game, Main was asked about how she thought her team matched up against Northeastern.

“When you think of Northeastern, you think of Boston University, Boston College and in fact, the phrase ‘Boston Strong’ because all the teams from their play so physical and strong up front,” Main said. “It’s better to play teams like Northeastern, because it gives us a chance to show that we can compete with the best.”

Going into the game, Quinnipiac’s leading goal scorers were senior Lauren Belskie and sophomore Valerie Perkins, with one goal each. Northeastern’s defense was able to contain each of them and make sure they didn’t hurt their chances to win.

Main added that she felt her team improved in the second half and how they can carry it over to Sunday.

“You saw us in the second half,” Main said. “Having our forwards and our backs match each other in play, which was the click our team was looking for.”

On Sunday, the Bobcats will attempt to put the loss behind them in their second regular season home game against Holy Cross. They hope not just for the first win of the season, but the first win on their new field as well.