Executive Director of Albert Schweitzer Institute to step down 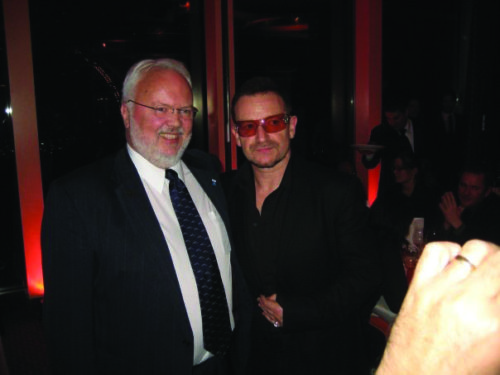 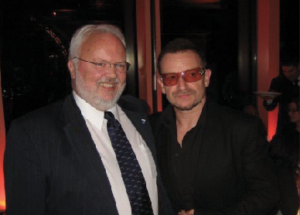 [/media-credit]David Ives, the current Executive Director of the Albert Schweitzer Institute (ASI), is retiring on Dec. 31, 2017. The 68-year-old cites disease as the main cause of his retirement. Professor of political science, Sean Duffy, will take over the position.

Duffy said that Ives only began talking about retirement recently, making things official in the spring. After Dec. 31, Ives will become Director Emeritus of ASI. Even though Ives plans on helping the university for as long as he is able, Duffy said the change will be a role reversal.

“I feel fairly certain that this is a very difficult move for him because he is so dedicated to his role on campus and to his connection to the ASI,” Duffy said.

Before coming to Quinnipiac, Ives already had an established career in humanitarian work having served as a Peace Corps volunteer. He also worked for the Rotary Foundation and a has background in education, serving as an associate dean of students for Colorado College.

Ives first came to Quinnipiac in 2002, when he saw a job opening for the Executive Director position at ASI in an education trade publication.

“It fit my skills, so I sent in my application. I had to overnight it, this is before the internet… to the search committee for Quinnipiac and it got there on the day it was due,” Ives said. “The rest of it, as they say, is history.”

The Albert Schweitzer Institute, named after Nobel Peace Prize winner Albert Schweitzer, was established with the goal to promote Schweitzer’s values, the “reverence for life” philosophy on a worldwide basis, according to Ives.

Ives’ personal assistant, Velvet Chestnut, said Ives has made ASI her home away from home.

“It is a great feeling coming into work and being surrounded by people who are passionate about their profession,” Chestnut said. “David and ASI have played a huge role in me flourishing socially, academically and professionally. There is a quote that Professor Ives provides at the end of his emails that I try to keep in mind everyday, it states, ‘Everyone must work to live, but the purpose of life is to serve and to show compassion and the will to help others. Only then have we ourselves become true human beings.’”

In terms of how the Institute has impacted the school, Ives said that, along with international recognition, ASI helps promote humanitarianism in the Quinnipiac community.

“I understand that 90 percent of the people on the trips… we’ve had a positive impact on them, whether it be on a volunteer basis or a career choice,” Ives said.

In response to Ives’ retirement email that he sent to the community on Aug. 21, Associate Professor of Spanish at Quinnipiac University Aileen Dever said Ives is an inspiration to others around the world.

“You have changed countless lives. You have been able to get things done that no one thought possible,” Dever wrote. “You transformed the Schweitzer Institute into the jewel of Quinnipiac University.”

W. John Thomas, Professor of Law, also thanked Ives for his contributions in his time as Executive Director in an email.

“You’ve made an extraordinary difference to lives around the globe and, a bit closer to home, to my life. Your wit, intellect, humanity, and sense of humor have enriched everyone whom you’ve touched. Sean’s got some big shoes and an impressive tie collection to fill! Thank you, sir, for your contributions to our lives,” Thomas wrote.

In his time at the institute, Duffy, who is currently on ASI’s board of advisors, said that Ives has helped to establish many programs. These include the Nicaragua trips, which is now handled by the Department of Global Education, and trips to to the World Summit of Nobel Peace Prize Laureates.

Duffy has been teaching at Quinnipiac since before Ives came to the ASI, and said that Ives’ effect on the community comes from the groundwork he has laid for programs.

“All of those programs that are now administered through the Department of Global and Multicultural Education were developed by David Ives; and they’re still running on the partnerships that he developed over the past 15 years,” Duffy said.

Ives said that Duffy was one of the first faculty members to come on an ASI trip, and took to the program “like a duck to water.” Both men have worked together many times through the years, once teaching a class about the issues of nuclear proliferation.

Chestnut said she is looking forward to following the legacy the ASI will continue to leave after Ives’ retirement.

“With David retiring, I hope that ASI continues its growth and presence on campus. The Albert Schweitzer Institute has impacted many  more,” Chestnut said. “David’s work and efforts put into this institution surely have not gone unnoticed and I’m sure the same effort will continue to be carried out by his successor Professor Sean Duffy. I’m and excited to see what the future has in store for the Albert Schweitzer Institute.

Ives said he is thankful for Quinnipiac for giving him one of his dream jobs; working with young people and exposing them to people who have taken a risk to achieve peace.