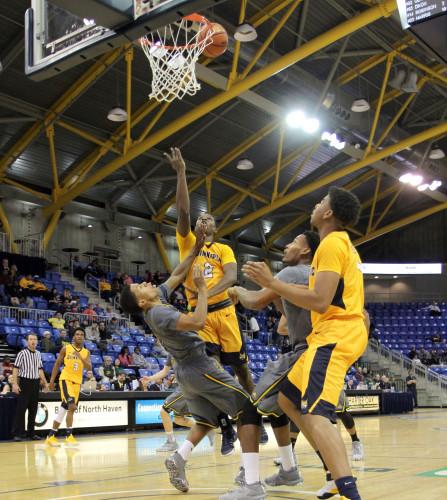 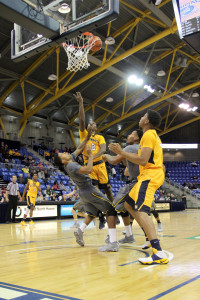 As the summer goes on, Quinnipiac winter sports continue to finalize their schedules.

On Wednesday, the men’s basketball team released its non-conference schedule for the upcoming season, its first under new head coach Baker Dunleavy.

The season begins at home on Saturday, Nov. 11 when Dartmouth College travels to Hamden. Just two days later, another Ivy League team, Brown University, will come to town to play the Bobcats.

The following weekend, Quinnipiac heads out of the state for the first time of the season, traveling all the way to St. Thomas, U.S. Virgin Islands for the Paradise Jam tournament.

In the tournament opener, the Bobcats face off against the University of Colorado, then will play either Drake or Wake Forest the following day, depending on their results. After a day off, the tournament concludes on Nov. 20 in either a consolation or championship game.

Other teams in the tournament include Drexel University, University of Houston, Liberty University and Mercer University.

The Bobcats then go on a five-game road trip to wrap up non-conference play, including a stretch of three road games in six days from Dec. 2-7. In those three contests, they will battle Lafayette College, Columbia University — their third and final Ivy opponent — and the University of Hartford.

After that stretch, Quinnipiac will have 11 days off before heading to Philadelphia on Dec. 18 to play Drexel.

Quinnipiac closes non-conference play against the team it opened with last year, this time on the road against the University of Vermont. The Bobcats look to turn the tables on Vermont, which downed Quinnipiac in last year’s home opener 94-70.

The Bobcats will then move into Metro Atlantic Athletic Conference (MAAC) play as the new year rolls around, looking to improve on last year where they finished eighth out of 11 teams and lost in the first round of the conference tournament.

Quinnipiac will release its remaining schedule in the fall.