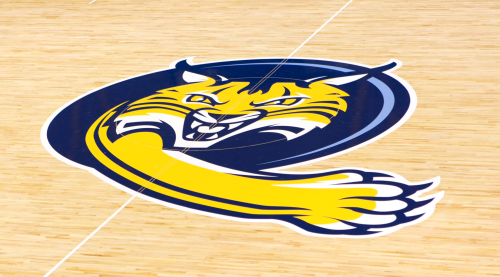 It appears as though the Quinnipiac Bobcat has had a bit of a summer makeover.

On Monday, the official Quinnipiac Athletics Twitter account posted photos of a new and improved Lender Court at the TD Bank Sports Arena.

So far, the basketball court now displays Quinnipiac’s new wordmark at the baseline, the Lender Court brand on each half and the updated Bobcat at half court.

In addition to the changes at Lender Court, the new Bobcat can be clearly seen in this press release regarding incoming men’s ice hockey freshman Keith Petruzzelli and the NHL Entry Draft.
— Quinnipiac Athletics (@QUAthletics) June 24, 2017
The key differences in this Bobcat include a brighter shade of yellow, the addition of a light blue and the elimination of red as a tertiary color.

The apparent logo alteration is the first since its birth in 2002.

Moreover, there have been speculations that a few teams will sport Quinnipiac’s new tartan design, “Quinnipiac Plaid”, in the upcoming season. Based on this tweet, featuring women’s cross country and track and field senior Niam Ashe, that may be true.

This comes just a few months after the introduction of “Quinnipiac Plaid”, as well as the announcement of Quinnipiac and adidas’ seven-year partnership.

The seven-year deal with adidas is set to commence this upcoming season. With that brings new apparel, footwear, uniforms and accessories to Quinnipiac varsity teams.

Expect to see a new paint job on the ice surface at High Point Solutions Arena, in addition to the new adidas activewear, this July. 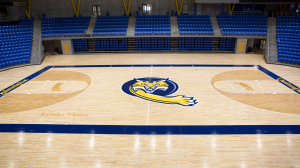