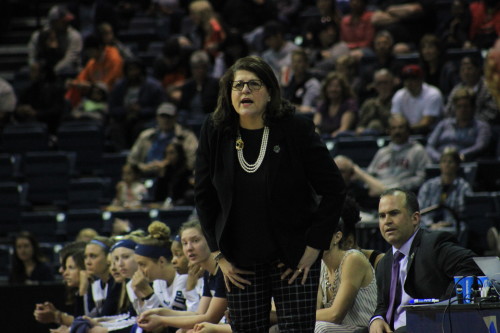 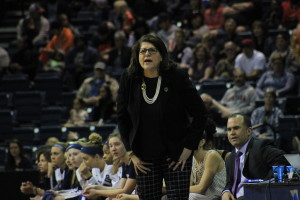 After leading the Bobcats on a historic run to the Sweet 16 this past year, she is intent on continuing her legacy in Hamden.

Fabbri signed a five-year contract extension with the university through the 2021-22 season, Quinnipiac University Director of Athletics & Recreation Greg Amodio announced on Monday.

“Basketball is a team sport, so I would be remiss to not publicly thank my coaching staff, players and support staff – all of whom made this past season so SWEET!” Fabbri said in a university press release.

The Bobcats finished last season 29-7 with a 17-3 record in MAAC play and another conference championship.

Fabbri and the team then earned their first ever NCAA Tournament win by topping Marquette, 68-65, in the first round and made their way to the Sweet 16 by beating No. 4 Miami on its home floor. Quinnipiac then lost to the eventual national champions, South Carolina, in Stockton, California.

By season’s end, Quinnipiac ranked No. 1 in the College Inside Mid-Major Poll and No. 23 in the USA Today Coaches’ Poll, the first national ranking in program history.

“Each person is dedicated to making this program the best it can be – we are family, we are gritty!” Fabbri said.

In Fabbri’s 22 seasons at Quinnipiac, the Bobcats are 379-276. Over the last five seasons, the team is 136-36 with two undefeated records against MAAC opponents.

The Bobcats have been even more menacing in Hamden along that stretch, going 64-7 at Lender Court.

“Coach Fabbri has done a remarkable job in building a program that can compete on a national stage, as it did with last year’s run to the Sweet 16,” Amodio said. “I’m sure I speak for the entire Quinnipiac community when I say that we are thrilled to have her at the helm of our women’s basketball team as she continues to serve as an incredible role model for our student-athletes.”