The Quinnipiac Chronicle • May 2, 2017 • https://quchronicle.com/57981/news/quinnipiac-aims-to-establish-plaid-tradition-after-debut/ 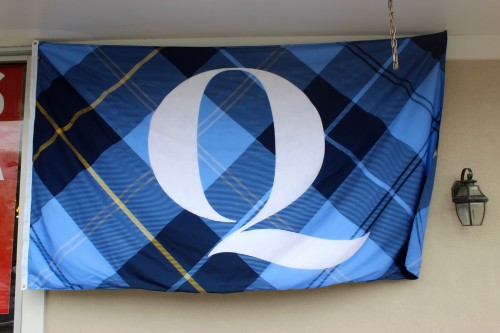 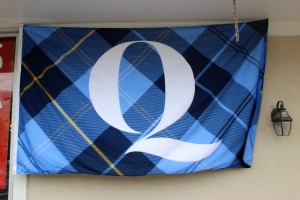 The flag. The cups. The banners. All in Quinnipiac Plaid.

However, many students have noticed that the various promotional items offered at the time, such as Quinnipiac Plaid cups in the student center, are now gone.

The plaid initiative was not a passing phase, according to Vice President of Brand Strategy and Communications Keith Rhodes.

“The launch of the plaid did include many promotional elements to create interest and awareness that were short lived, and we are planning something similar soon on our North Haven campus, but plaid is here to stay,” Rhodes said.

Rhodes emphasized that the university desires to continue to make the plaid a Audemars Piguet Replica tradition Quinnipiac students can be proud of.

“Quinnipiac Plaid is not a special promotion.” Rhodes said. “It is a core brand identity asset that will quickly be recognizable and provide a strong representation of Quinnipiac and our great community.”

Sophomore psychology major Kelly O’Brien was intrigued by the original release of the plaid, and feels there should be more items available for students.

“I think the first week we had (the plaid) was good,” O’Brien said. “It was cool seeing the cups and everything. I think it would be cool if we had more plaid things in the (bookstore).”

These types of promotional items will be coming to the campus bookstore soon, as well as to various other parts of the university, according to Rhodes.

“You will be able to buy apparel… ties, hats, scarves… and merchandise in the bookstore with Quinnipiac Plaid,” Rhodes said. “You will even see touches of the plaid on some of our new athletics uniforms, with Quinnipiac Plaid flags being waved during games, and of course, we will celebrate national tartan and plaid days with campus promotions.”

According to a statement released by Quinnipiac Athletics, the plaid will indeed find its way onto some of the university’s sports uniforms.

“Quinnipiac Athletics is currently working with the Office of Brand Strategy and Integrated Communications as we begin our partnership with adidas. Quinnipiac Athletics is in the early stages of uniform design and are exploring ways to use all aspects of the University’s new marks and colors,” according to the Athletics department.

So how successful a chance does the university feel the plaid has to be a top-selling item? According to Rhodes, those odds are high.

“Students and alumni alike frequently wear plaid items, so why not Quinnipiac Plaid, especially given that it is so unique and was meticulously designed,” Rhodes said. “Moreover, given the level of early demand of plaid items from both the Quinnipiac Bookstore and Campus Customs, I expect interest to only grow from here.”

O’Brien also feels that Quinnipiac Plaid has a good chance of becoming popular with students, provided that the university continues to encourage its growth.

“Just making it known, and not letting it fade into the background (will help the plaid become successful). I think it can be successful if (the university) keeps up with it,” O’Brien said.

Rhodes explained that Quinnipiac Plaid is not meant to replace any existing logos that the university uses, but rather to expand upon the university’s already-existing identity.

While the plaid received a lot of mixed comments from students initially, the Replica Breguet Watches overwhelming response from the Quinnipiac community on campus and online appears to be positive

Rhodes cited the university’s Facebook announcement as a measure of how quickly the plaid has caught on.

“If we look at the Quinnipiac Plaid announcement on Facebook, of the 1,850 likes/loves/negatives, an overwhelming 99.46 percent were positive, with only 10 detractors – that’s incredible if you think about it,” he said. “Lastly, if we look at the visits to the ‘downloads’ page on the website for access to screen wallpaper, to date we’ve seen over 3,000 page visits and as many downloads. Taking everything into account, I would say that we’re off to a very good start… people love Quinnipiac Plaid.”