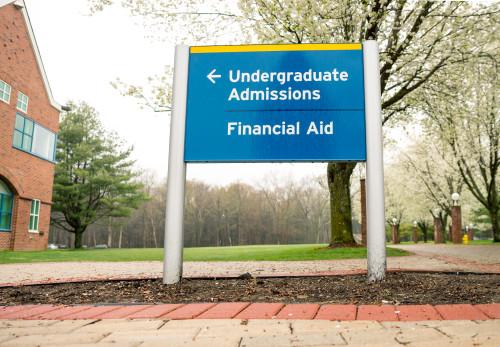 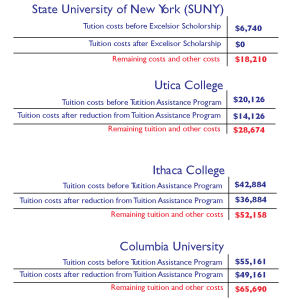 New York’s legislature passed a plan, the Excelsior Scholarship, on April 9 to make tuition free for the schools in the State University of New York (SUNY) system to students from households making less than $100,000 per year, according to lohud.com. Considering that 25 percent of Quinnipiac’s class of 2020 is from New York state, according to startclass.com, it may be necessary to see what impact this could have for Quinnipiac in the future.

Joan Isaac Mohr, vice president for admissions and financial aid, is currently waiting to see how private schools in New York, like Utica College and Ithaca College, respond, as she says that they are Quinnipiac’s competition, not the SUNY schools.

“I think we’ll need to see how this year ends up in terms of applications from New York, and what we hear from our New York counterparts, and other private institutions to see if they’ve lost a higher percent to SUNY (schools) as opposed to other privates,” Mohr said.

To coincide with the Excelsior Scholarship, New York state also approved an increase to the Tuition Assistance Program, according to the Buffalo News. Through this approval, New York state pitches in $3,000 per student attending a private school in New York as long as the schools themselves decide to contribute another $3,000. It also freezes the student’s payments to the school while they are receiving funds.

Mohr feels that this is “unfair” to the private schools and those who want to attend them, as she claims that there wasn’t enough money budgeted for this part of the Tuition Assistance Program.

“I think many of them will pass on it because… you can’t depend on it. The student can’t depend on getting the money… So, there’s a whole administrative end of this that hasn’t been worked out,” Mohr said.

While there are positive sides to providing free tuition, Mohr thinks this will be a wake-up call to not charge as much for education.

“Maybe they should consider cutting back a little too. Private universities take a lot from people,” Mohr said. 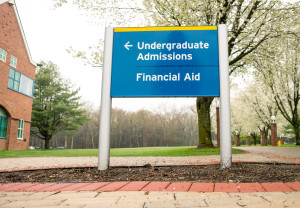 There are people who think the free tuition is a good thing regardless. Sophomore Aaliayah French feels that the Excelsior Scholarship will send a message to private schools.

French, who is from Harlem, New York, is enthusiastic about how the scholarship could help a wide range of individuals get an education.

“I think it’s a great opportunity for us. We need that,” she said. “There are so many who are underprivileged and marginalized people as well who need that opportunity.”

However, there are still further conditions to the Excelsior Scholarship. The Buffalo News reports that the stipulations include having to be enrolled full time at SUNY and having to stay in New York for as long as an individual received the benefit. If they fail to meet any of the conditions, the funds a student received will be then treated as if it were a loan.

Sophomore Christina Boccadoro thinks that the conditionality is sensible.

“I guess that’s fair.,” Boccadoro said. “Then no one’s disadvantaging anyone else.”

Dr. June Watzl, a physics professor at Quinnipiac, feels that the Excelsior Scholarship shouldn’t be restricted to just SUNY schools, but should be used to help a student pay for any school.

“The parents of the student are paying taxes in New York state, and the student should benefit [from] that,” Watzl said. “If a student graduated from Quinnipiac University, chances are they’re going back home, and they will make contributions to the tax for the state.”

Despite the Excelsior Scholarship, there are still other expenses that the student will have to pay for. After you remove tuition from the costs listed, a student will still be paying $18,210 yearly if they are living on campus,  according to SUNY’s official website.

Mohr wants people to remember that there is always a cost to everything.

Mohr believes the decision to make the tuition for the SUNY schools free to students was a political move, considering that New York’s governor, Andrew Cuomo, is a democrat, and that the party ran in part on helping with education costs during the last presidential election.

If Mohr were in the position of Cuomo, she said she would have instead tried seeing if there could be more done with Pell Grants.

“In the long run, I think it will benefit a certain group of students very well,” Mohr said. “It might also just make everyone take another look at how students are getting aided.”