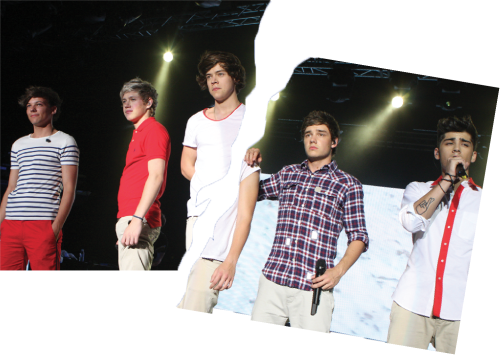 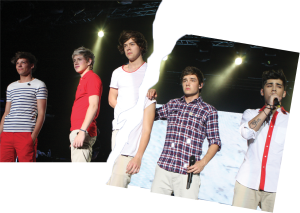 Destiny’s Child was certainly slaying in the late ‘90s and early 2000s, but it was only the beginning for Beyoncé. After Kelly Rowland left the three person group first, Michelle Williams and Beyoncé soon followed suit, going their separate ways for good in 2004. Beyoncé has now become one of the best-selling singers of all time. She may have sold 60 million records when she was in the group, but Queen B has gone on to sell even more as a solo artist at more than 100 million albums.

Michael Jackson first started as a child star in The Jackson 5, a group with four No.1 hits and 10 top-10 singles. Since going out on his own, Jackson went on to become one of the biggest pop stars the world has ever known. In fact, MJ’s “Thriller” has sold an estimated 65 million copies worldwide, making it the best-selling album of all time.

Even when he was still a member of the boy-band NSYNC, Justin Timberlake was often seen as the most talented of the group. His first three solo albums all went multi-platinum. With the type of career most could only dream of, JT has certainly become a household name. A singer, dancer, actor and comedian, Timberlake is an all-around threat.

Many groups that once shared the stage go on as individual artists to see what they’re made of on their own.  It’s a trend that carries us into the present day. Just like The Beatles, members of the British boy-band One Direction have all found highly successful careers as individual artists.

Zayn Malik was the first to leave the band, breaking the hearts of teenage girls everywhere. In an interview with The Sun, Malik hinted that he had been wanting to leave for a while.

“I did try to do something that I wasn’t happy doing for a while, for the sake of other people’s happiness,” Malik said.

Though he initially worried about the reactions of One Direction’s unparalleled fanbase, he did not let this stop him from eventually walking the walk.

“I feel like I’ve let the fans down, but I can’t do this anymore,” Malik said. “It’s not that I’ve turned my back on them or anything, it’s just that I just can’t do that anymore because it’s not the real me.”

Just last year, Malik’s chart-topping single debuted as the first post-One Direction solo track. Upon its release in January of 2016, “Pillowtalk,” soared to the top of Billboard’s Hot 100, making him the first U.K. artist to hit No. 1 with a debuted charted single.

Niall Horan was the next One Direction alum to launch his post-boy-band solo career. His song, “This Town,” came out in September of last year and hit No. 63 on the Hot 100 before racing to No. 25 in its first full week and ultimately peaked at No. 20.

Like his bandmates, Harry Styles found a life outside the boy-band. On April 7, his highly awaited first single, “Sign of the Times,” arrived and fans could not get enough of the track, which hit No. 4 on the Hot 100 in just one week.

In a recent interview with Chelsea Handler, the British singer spoke of his thoughts on the future of the band as well as that of himself.

“I would never say we’ll never do anything again, but it’s good for us to be exploring different things,” Styles admitted. “I loved it and it was what I wanted, but I’m enjoying writing at the moment — trying new things.’”

And new things he has, as the former One Direction singer made his acting debut in “Dunkirk,” a film that will premiere this summer. Styles even got the chance to try out his comedic chops on Saturday Night Live. Though he was a musical guest, Styles also appeared in SNL’s Celebrity Family Feud sketch where his Mick Jagger impression left everyone wanting a follow-up appearance from Styles as a full-on host. He’s only just begun his solo career, yet it is clear Styles is going to be just fine, as are his bandmates.

Like One Direction, the most recent split came from a group who also got their start on the “X-Factor.” Beloved girl group Fifth Harmony made headlines in December of last year following an announcement no one saw coming: 5H member Camila Cabello was leaving the group in order to begin her journey as a solo-artist.

From Harmonizers, fans of the girls as a group, and Cabello as an individual, reactions ranged from heartbroken and angry to excited.

For others, this was a long time coming as the other girls were never exactly thrilled with Camila’s solo endeavors, including her 2015 summer hit single with Shawn Mendes, “I Know What You Did Last Summer,” as well as her song, “Bad Things,” with Machine Gun Kelly.

Rumors fueled by a statement from the four remaining group members made it seem as though Cabello was never straight with them on her intentions to leave and that she would even avoid group therapy sessions meant to save Fifth Harmony– rumors that the 20-year-old singer has said are simply not true.

Cabello recently spoke out on her departure and why the split wasn’t as inharmonious as it looked. As a feature in Billboard, Cabello finally got to tell her side of the story. In her interview, it became clear that it was less about a rift in relationships amongst her former group mates and more about what she wanted to be doing musically.

“I was always super open that I couldn’t just sing other people’s words and be totally happy with that … I always encouraged the girls to do the same,” Cabello said. “We didn’t write our records. I don’t think anybody felt individually represented by the sound — we didn’t make it.”

Despite Cabello’s seemingly abrupt Fifth Harmony exit, leaving the group was a decision the singer did not make lightly.

“The easiest route would have been to shut my mouth, sing the songs, wear the clothes and keep going, you know?” Cabello said. “I mean, we were at the peak of our career. It’s definitely not the safe option.”

Still, she says she took the risk for her own artistic integrity and happiness.

“Be courageous in the pursuit of what makes your heart pound and what makes you come alive with purpose because our happiness is our responsibility,” she said.

Announced to debut sometime this year, Cabello promises her music will give fans a big chunk of her heart, something she has been yearning to do from the start.

As a Cuban-American, fluent in both English and Spanish, Cabello is recognized in both cultures. She already has songs in Spanish, including her song with Pitbull on the Fast & Furious 8 soundtrack, “Hey Ma.” Something tells us the singer will have no trouble becoming a force in both worlds.

Beyoncé, Timberlake, Malik and Cabello, and every  other artist who ever dared to blaze a trail teach the importance of taking chances.

When one sets aside aversion to change, it comes with the realization that it’s about trusting your instincts and following your heart. These artists encourage the world to do the same.