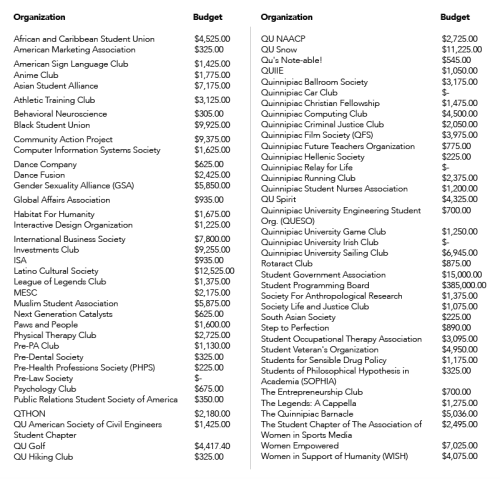 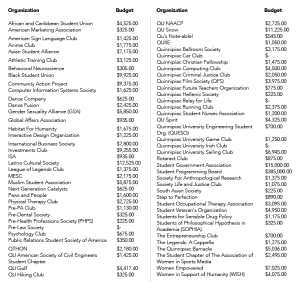 On Wednesday, April 13, the Student Government Association (SGA) voted and approved the new budgets for all chartered organizations on campus. According to former Vice President of Finance George Corde, all competitions and conferences were cut from each organization.

These numbers are the approved budgets for each on campus organization that is funded through SGA.

“This year’s budget cuts has really set Global Affairs Association in a difficult position. Most of the budget goes towards attending Model United Nations Conferences at New York University and Georgetown University. We additionally have on-campus events such as student discussion tables and speakers on international relations. It’s disappointing to see that the future of this organization is in jeopardy,” Gizela Zaqueu, president of the Global Affairs Association said.