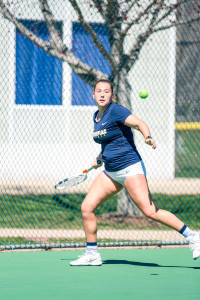 It was a Senior Day sweep for the Quinnipiac tennis programs.

The women played first and came out of the gates strong, winning two of three doubles matches to secure the first point. Seniors Stilia Rencheli and Kelsi Oliphent paired up for a 6-2 win, as did sophomore Jennifer Lu and freshman Layla Rodriguez with the same score.

Siena suffered its first loss of the season, as they came into the match at 15-0 overall, 4-0 in MAAC play.

“Siena is definitely the toughest team in our conference this year,” head coach Paula Miller said. “We knew we had our work cut out for us. We have four seniors, and they knew what needed to be done. I’m confident we’ll end up playing them again in the MAAC finals.” 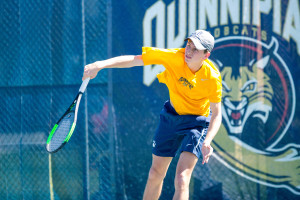 “Four freshmen played today and it was a conference match, so I thought they stepped up and did a great job,” head coach Chris Pappas said. “Everyone else led the way and allowed them to play comfortably.”

Ezaka built on his Quinnipiac men’s tennis wins record with two more against Siena. He now has 140 over his four-year career. 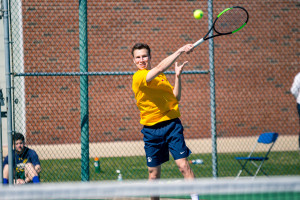 “I thought we played well,” Pappas said. “We had two starters out today (junior Julian Rozenstein and sophomore Freddie Zaretsky) with illness and injury, so the other guys had to step up and they did.”