Why Drake is a genius and Kendrick is the king 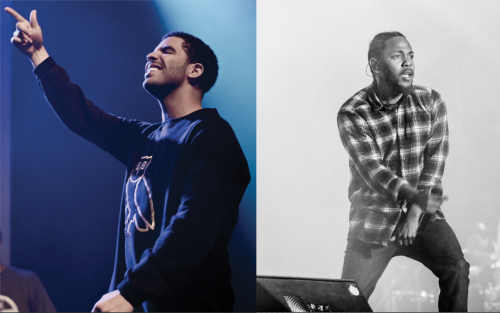 It took a few delays, some intra-rap game beef and lots of patience, but Drake fans can finally rejoice. 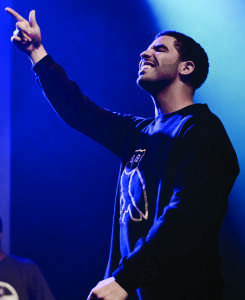 So basically, Drake is rolling in it even more than before, but how did this “playlist” make such a huge impact in such a short amount of time?

Well, the project contains 23 songs that appeal to all of Drake’s variety of listeners.

It can be broken up into four different categories of songs: rapper Drake, singer Drake, soliloquy Drake and feature Drake.

Rapper Drake is the good ol’ Drizzy Drake we know and love from the Young Money days that can really spit bars. He showcases his ability to be considered as an elite rapper in the game through songs like “Free Smoke” and “Do Not Disturb.”

The combination of egocentric lyrics and crisp vocals gel perfectly with absolutely incredible production (as usual) from Noah “40” Shebib.

Then there is singer Drake. He’s the vulnerable and extremely relatable pop-star the general public loves. A few of those songs include “Passionfruit,” “Get It Together” (the “One Dance” alias) and “Fake Love.” These pieces have very popular sounding production but offer a more relaxed set of vocals. These are the kind of songs you can listen to on a road trip with friends, in the club and basically anywhere; it’s simple, easy-listening music.

The third type of song Drake puts out on this project are the introspective, soliloquy- esque ones. “Teenage Fever,” “Nothings Into Somethings” and “Lose You” fall into the “Marvins Room” (slow and self-expressional) category of songs. These pieces are reserved for the longtime Drake fan. The fans that were around for the “Thank Me Later” days truly ride for Drake because of the person he is, in addition to the music he puts out.

Finally, the feature Drake songs are where the buzz is seriously generated. He essentially hops on other artists’ songs and makes them his own as the primary artist. “Portland (featuring Quavo & Travis Scott),” “Ice Melts (featuring Young Thug)” and “Glow (featuring Kanye West),” are all songs that sound like they belong to the featured artist. Drake strategically includes a handful of those tracks in order to further expand his own audience into the fans of his featured artists.

The most transparent instance of this is with the new-age British invasion Drake is trying to incorporate within North American hip-hop/rap. There are a few songs with A-1 production featuring British rappers Giggs and Skepta that will surely expand Drake’s fan base overseas.

This isn’t a heartfelt album. Think of it as a fun, clever and moneymaking placeholder.

Most of the pop-esque songs are tactically placed at the beginning of this “playlist” to hook the largest demographic listening – the young teenagers, partygoers and mainstream audiences – immediately, so they continue listening to the album in hopes of more of the same. More listeners, more money for Drake. He is a genius in that sense.

Drake said in the final track of this project, “Maybe gettin’ back to my regular life will humble me / I’ll be back in 2018 to give you the summary / ‘More Life.’”

Drake is just temporarily holding his fans over until he really gets back into the swing of things in 2018.

This wasn’t his best work, but it will do for now. Maybe he’ll come back with something other than a “playlist” next time around and release an album or a single.

But just five days after “More Life” dropped, the reigning king of rap, Kendrick Lamar, dropped his first single, “The Heart Part 4” exactly one year after his last single “untitled 07 | levitate” came out. And again, his wordplay, flow and audacity mixed perfectly with the instrumental for a near-perfect track.

On his last two projects, “To Pimp A Butterfly” (TPAB) and “untitled unmastered,” Lamar took a brief break from the rap game and made the respective projects’ focal points regarding what happens after sudden fame. 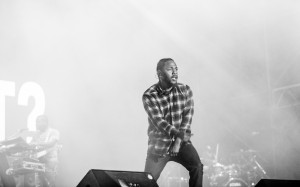 He explores and rediscovers his roots back home on both projects, while also critically noting society from both the perspective of a rapper that truly came from the bottom, and as a now-wealthy man.

On Lamar’s newest single, a series of beat changes are involved throughout the nearly five-minute track, signifying transition in his music career.

The first beat has a “TPAB”-like sound, in which Lamar brings back lyrics from an early Godfather of Soul, James Brown song. Then seamlessly, the song moves away from the “Cornrow Kenny” sound and back into the realm of “King Kendrick Lamar,” who brought us the holy grail of modern rap, “g.o.o.d kid m.A.A.d city,” in 2012.

A reincarnated Lamar boasts he is “the greatest rapper alive” and takes shots at (either or both, it remains cloudy) Drake and Big Sean on the ensuing verse. He continues his unparalleled sound with the line, “My name is identified as ‘That King,’” before informing his listeners that his next album will drop on April 7, 2017.

At the end of the day, the two superstars’ releases were exciting and stirred some life back into the rap game. However, it is clear that one’s intention was to buy some time and the other one is done wasting it.

Drake put out some quality music – it’s hard miss on a 23-song project – but is an absolute genius for marketing and making money off his music. On the other hand, Kendrick Lamar’s raw talent and return to the rap game not only made fans excited, but it solidified his spot atop the rap throne as the undeniable No. 1.