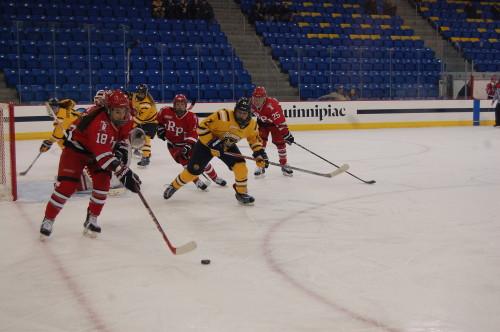 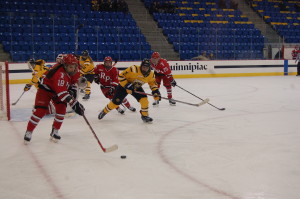 No. 10 Quinnipiac women’s ice hockey dominated RPI on Friday night at home by a final score of 5-0.

Sydney Rossman recorded her 25th career shutout with the win, tying a program record for shutouts with Chelsea Laden and Victoria Vigilanti.

“It’s cool for the program and the team because a shutout is not just an individual record. It’s a team thing,” Rossman said. “I think our goal from here on out is to play our best hockey and keep the puck out of our net.”

“Today was exactly what we wanted,” Quinnipiac head coach Cass Turner said. “Our goal was to outwork and out-battle… For our team today, we expected a tough game, and I think what our kids set out to do they really accomplished.” 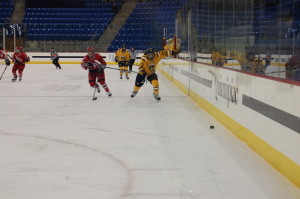 The Bobcats didn’t take long to get on the board in this game.

Just under three minutes into the game a Danielle Marmer wrist shot hit a pad before Melissa Samoskevich found the rebound and scored on the doorstep for her 10th of the season.

Quinnipiac lit the lamp on the power play when Taryn Baumgardt found T.T. Cianfarano backdoor, who made no mistake putting the puck in the back of the net.

In the second frame of play Quinnipiac continued its dominance in the offensive zone.

“I think Lancaster, she’s been building all year,” Turner said. “She has that [good] mindset we talk so much about, and I get excited for her when she is able to have a game like she had today.”

By the end of the second, Quinnipiac had peppered RPI goaltender Lovisa Selander with 45 shots while Sydney Rossman stopped all four shots directed her way. 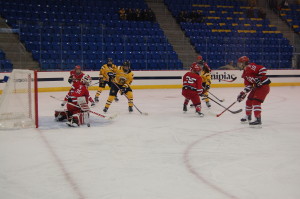 The third period began in a similar fashion to the entirety of the game when Randi Marcon scored her seventh of the season just 2:20 in.

The play began a 2-on-1 between Lancaster and Sarah-Eve Coutu-Godbout. Lancaster centered the puck, Coutu-Godbout shot and Marcon followed up on the rebound for the fifth Bobcat goal of the night.

With playoff season arriving, Quinnipiac’s prolonged offensive abilities have given the team a momentum moving forward.

“I think the last few weeks we’ve been really getting to a place where we’re gaining confidence,” Turner said. We have chemistry with our lines and I think our “D” are moving the puck really well and we have good goaltending.

“I think top to bottom this is the best hockey we’ve played.”

Next up, the Bobcats hope to continue their winning ways when Union comes to the TD Bank Sports Center tomorrow at 3 p.m. on Senior Day in another ECAC battle.