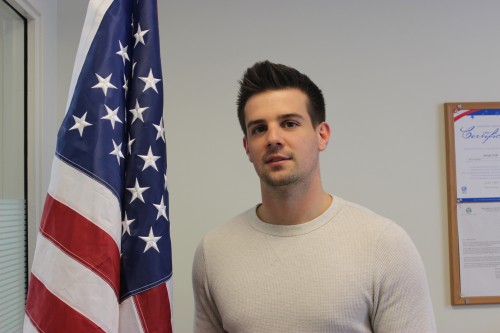 Quinnipiac works to provide its students with the best of a liberal arts education, according to the university website. While views on college campuses tend to be liberal, this is not true of all universities.

Going to a liberal arts school does not mean that the school itself is liberal, according to senior physical therapy major and vice president of the Quinnipiac University College Republicans [QUCR] Rachel Ziner.

QUCR is a student organization that offers ways for students to become more active in the GOP in Hamden, the state of Connecticut and nationally.

For Ziner, a liberal arts education emphasizes broad education about topics such as science, literature and government.

“People may have more liberal views than mine, but I don’t believe the university’s affiliation as a liberal arts school has anything to do with that,” Ziner said in an email.

While Quinnipiac may be a liberal arts school, there are other liberal arts universities that are much more “in your face liberal,” according to Ziner.

“The greatest part of [QUCR] is being able to talk to people who share your views and feel like you have a place to fit into,” Ziner said. “It’s always difficult being the minority, but luckily Quinnipiac’s student body has been really respectful about accepting others opinions, even if they differ from their own.”

Senior finance and accounting major George Corde is a member of QUCR and believes that the campus is evenly made up of the members of all of the various political parties.

Having diversity of thought, especially on a college campus, is a good thing, according to Corde.

“I don’t mind having people around campus with differing opinions,” he said. “I know within all of the different organizations that I’m in, everybody has different thoughts and ideas, and there are some people who have the same thoughts as me but it doesn’t really bother me that much.”

Having a diverse campus allows for civil conversations about politics, according to Corde.

“Honestly, I’m very open about politics,” Corde said. “I was open that I was a Trump supporter, all of my friends knew that, everyone knows, that and I’m open to talking about it. I always have people who come and we just talk about politics for hours, and it’s normally civil.”

The liberal arts education that Quinnipiac provides attracts the liberal-minded students, which establishes a good mixture of beliefs and ideas that create a healthy environment, according to Ziner.

“We need differential views to find a bipartisan solution to the extreme tension that exists in today’s society between the Democratic and Republican parties,” Ziner said.

Senior accounting and CIS major and Chairman of QUCR Kevin Casserino believes that Quinnipiac is one of the more conservative liberal arts universities.

“In the SGA [Student Government Association] mock election, you saw at Quinnipiac a much larger percentage of the population vote for the Republican party than we did nationally in our same age bracket,” Casserino said. “I think that the school and the administration do a great job of kind of keeping everything very balanced throughout the entire school.”

While the campus provides a safe space to talk about politics, the internet and social media are where Ziner finds that hate- spewed conversations erupt.

“On campus, I’ve only had respectful political conversations with people whose views differ from mine,” she said. “My professors haven’t brought up political topics in class so I haven’t had many conversations about politics in class. Social media is where most of the disrespectful and hate-filled arguments and comments happen.”

QUCR gives students a space to say what they believe in a comfortable environment with people who share the same ideas as them, according to Ziner.

QUCR is growing as an organization and would like to get more involved with the QU Democrats, according to Casserino.

“We would love to have some of these conversations not just with the Democrats but everybody,” he said. “We’d love to host a forum just to discuss just what people really think because it’s discussion that helps the wounds rather than pointing fingers. So we’d love to do that.”