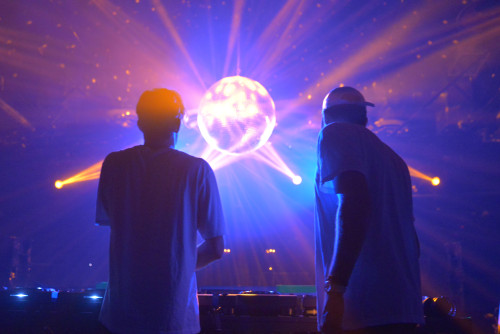 The beat drops and your body is no longer controlled by your own self being. Rather, it has taken an otherworldly approach as the stream of music you hear becomes one with your movements, almost as if the two were meant to be together. There are no lyrics here, no word deciphering or what have you, just straight up, beautiful music that has been put together as if crafted by Michelangelo.

Electronic dance music, or EDM as it is commonly referred to, has notoriously been defined as the genre of club music where one must be in a drunken stupor to truly enjoy its electro beats. However, there is so much more to this style of music than these cliché assumptions.

Starting off with Calvin Harris in 2014, his hit “Summer” lit up the season that shares the same name. It was the anthem that filled many car speakers as road trips or even just a midnight trip to Target ensued. Here lies the first exposure to EDM.

Despite its raunchy nightclub repertoire, EDM plays into so many settings and moods. There is a song for when you’ve had the worst day imaginable or the best, for when your boyfriend breaks up with you or when you realize you’ve fallen in love. However, what makes EDM truly special is that there is a sense of uplifting power that goes into every song you listen to. The raw energy and fast-paced nature makes it hard not to tap your foot to or blast it at maximum volume.

EDM has become a specialized art form that doesn’t come easily to everyone. Besides that typical “beat drop” scenario, one must consider the build up prior, which artist’s voice would best suit the style and meaning behind the song and how to display the energy in a coercive and entertaining way that keeps music lovers returning time and time again. Master DJs and artists of EDM know how to pull at the heart strings by simply perfecting what exact breaking point the beat should drop to display an epic series of mixed percussions and electronic sound bites.

There is a passion of expression in EDM that has captured the hearts and ears of so many devoted followers. One might say that it is a genre of music that is indescribable as the perfect flow of music can hardly be translated to a perfect flow of words.

On Jan. 30, EDM’s arguably most famed and talented DJs made the announcement dance music devotees were waiting for. The Chainsmokers would be going on their first national tour, and a new album was officially in the works. The duo that consists of Americans Drew Taggart and Alex Pall skyrocketed to fame after their hit “Closer” featuring Halsey became the anthem of 2016. While many might only know them for their singles that will fill any party, The Chainsmokers embody so much of where the future of EDM is headed.

Part of what has made them so successful is The Chainsmokers’ inherent ability to continuously create. They have a plethora of incredible songs that aren’t on the radio, but still share that same passion of vivacity. EDM is all about what you do with the beats and sounds before you, some of which must be fabricated to fit your own creative agenda. It’s personal yet universal. There’s experimentation yet also completion, adventure yet profound solace. All of these are factors rarely found in other genres, but somehow make sense where EDM is concerned.

Obviously electronic dance music is not for everyone. However, check out these next five tracks that will have you feeling all sorts of fun: