Breaking the silence for purpose 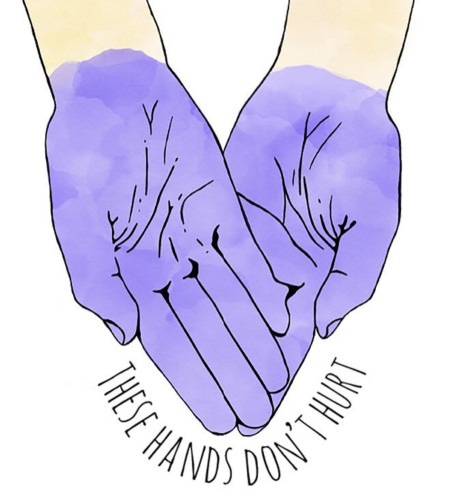 Dating violence: A phrase you were warned about in your high school health class, but likely never imagined having any more meaning than that.

This aggressive, controlling behavior can be physical, sexual or, the most silent killer of all, emotional.

For those unfamiliar with dating violence, the best way to explain it is that it will make you feel like you’re going crazy. The line between what is good and bad in terms of how a person treats you becomes blurred as your love grows, which is why you never expect your significant other to be abusive from the beginning. The verbal abuse is just him or her being comfortable with you. When they pick on you and call you names, it’s just them teasing you out of love. Jealousy is something that should flatter you, not anger you. You don’t really love your significant other if you don’t try to see and talk to them as much as you can, even if it means spending less time with your friends and family. Simply, they deserve your undivided attention at all times. Their happiness is in your hands, and if you don’t deliver, it’s all your fault. If you forget to say “I love you” before you head into a shift at work, you have to spend hours afterward apologizing and begging him or her to believe you’re still worth being with. 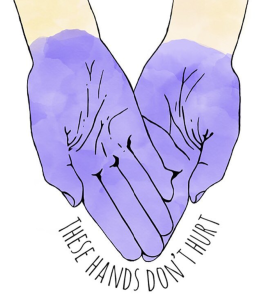 However, this scenario is not a healthy relationship. These are the type of thoughts that seem silly at first, but you eventually just give in and start believing them.

At 19 years old, my first relationship went wrong because I didn’t know the signs. I didn’t see the red flags when they were being waved right in front of my face because I was blinded by love. I write this with the sole purpose of explaining why this issue needs to be heard.

From the perspective of someone who has not been abused in any form, it is easy to think that the worst of it is over when the abused gets out of the relationship, but the truth is, it is only the start of a long road ahead of gaining back independence and mending other relationships that were poisoned by the toxic one.

My issue with dating violence is not just the act itself, but how it is portrayed and handled. In my personal opinion, I think some college students do not take it seriously, and it is even ridiculed.

“Many people think domestic violence is uncommon and it hardly ever exists anymore,” according to Katie Ray-Jones, president of the National Domestic Violence Hotline (NDVH) and the National Dating Abuse Helpline (NDAH). However, even when people do see it and know it’s wrong, they will look the other way or pretend they didn’t hear about it. Unfortunately, things are this way because of examples set by society. When punishment is given to first-time offenders of abuse, they can be let off easy. This outcome not only makes the abuser feel like it’s not a big deal but also leaves the survivor without closure, under the impression that they were not really heard out.

Domestic violence is a real thing whether you decide to face it or not. As survivor Annie Apple says herself, domestic violence is a “brutal, savage attack on the body, soul and psyche of the victim.” It diminishes the trust and safety you have in people who say they love you. It truly changes your life. In cases of domestic violence, I believe society should have zero tolerance for it and should recognize that people who partake in any form of abuse are in the wrong. At the end of the day, there are no excuses for abusers as it is solely the decision of that person to act in a controlling and manipulating way. The truth is, no matter how much a case of domestic violence is attempted to be covered up, it will always remain a hideous attack.

The huge flaw in how these cases are handled is people are more concerned with the punishment of the abuser rather than the effect that it has on the abused. For example, New York Giants kicker Josh Brown was re-signed to the team even after the co-owner John Mara was made aware of allegations of the player’s acts of abuse toward his wife. That right there, to me, shows people that it’s okay to be abusive. They will get a slap on the wrist then move on. Meanwhile, the abused is stunned that such an act can be tolerated. For the safety of and out of respect for survivors of domestic violence, I hope we can work towards facing the situation for how it is instead of belittling it.

I think, as a whole, the Quinnipiac community tries very hard to acknowledge Title IX policies such as with sexual assault awareness month last April and the release of a phone app with policies and reporting information. I hope it is just a matter of time before all students recognize the severity of these situations. I also keep in mind that there was a time when there was no such thing as Title IX. As survivors, we can only improve the odds of satisfaction in the process by speaking up.

Breaking the silence isn’t by any means admitting to weakness. Instead, it shows inner strength and passion for a cause. Whatever life throws at you, don’t be afraid to speak up and tell your story.