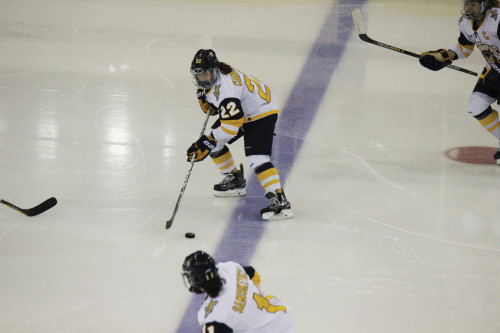 Quinnipiac women’s hockey started winter break at the No. 8 spot in the USCHO.com Division I women’s poll, but finished in the No. 10 spot, missing a few chances to better its standings in the ECAC. 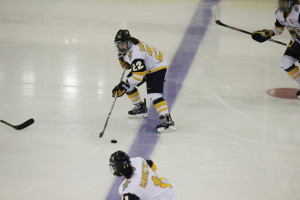 The Bobcats went 3-2-2 over the break to bring their record to 16-6-5. They are currently fourth in the ECAC standings with a 9-4-2 conference record.

The Bobcats had a chance to separate themselves from Princeton in a Jan. 1 away matchup, but fell short, losing 3-2. The Tigers sit right behind Quinnipiac at fifth place in the ECAC. While they are currently tied with the Bobcats, Quinnipiac holds the tiebreaker. However, the two teams will square up once again in Hamden on Tuesday.

Quinnipiac followed that performance with a 2-2 tie at home against Harvard on Jan. 6. The Crimson have been struggling in the ECAC with a 3-9-2 conference record (3-14-2 overall). While the Bobcats outshot Harvard 29-18, they failed to pull away from the ninth-place team in the conference.

Quinnipiac head coach Cassandra Turner was thankful to come away with a point.

“In moments where we needed it, we had people step up and make plays and that’s what we’ve been talking a ton about,” Turner said. “We’re happy we were able to hang on to get that tie.”

The Bobcats bounced back the next night with a 3-1 home win over Dartmouth, the tenth-place team in the ECAC, and built on that with a 2-0 away win over sixth-place Colgate on Jan. 13.

“[The Bobcats] talk about limiting shots and they have really aggressive goals. It’s really neat to see,” Turner said following the team’s victory over Dartmouth. “They especially set some good gaps today.”

Quinnipiac’s momentum was not enough to defeat Cornell in Ithaca on Jan. 14 as the Bobcats lost, 3-2, to the No. 8 Big Red. Cornell is currently third in the ECAC with a 9-3-2 conference record.

Quinnipiac played its last game of the break on Friday when it traveled to Merrimack. The Bobcats tied the Warriors 2-2 behind goals from senior Emma Woods and freshman Kenzie Prater.

Meanwhile, starting goaltender Sydney Rossman is 14-6-4 on the season. The senior holds a .919 save percentage and the fifth-best goals against average in the nation at 1.54.

The Bobcats are currently 15th nationally in team offense, averaging 2.59 goals per game. Meanwhile, they are tied for second in team defense, allowing just 1.44 goals against per game.

Quinnipiac has the sixth-best power play percentage in the country at 17.89 percent and the 20th-ranked penalty kill in the league at 85.2 percent.

Including Tuesday’s matchup against Princeton, the Bobcats are set to begin a three-game Ivy League homestand, hosting Brown on Feb. 3 and Yale on Feb. 4.