Anne Dichele appointed as Interim Dean of the School of Education 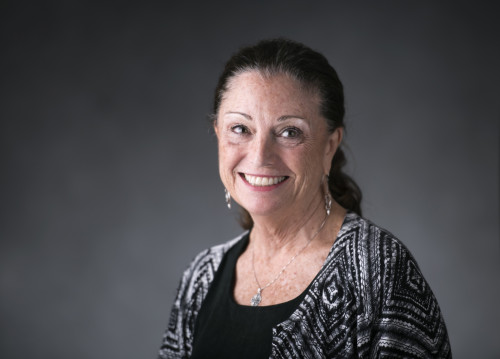 A member of the Quinnipiac community since 1999, Dichele has taken on many roles prior to her current appointment as the interim dean. She has served as the director of the Master of Arts in Teaching program since 2013, according to executive vice president and provost, Mark Thompson’s memo on MyQ. Dichele is also a full-time professor and teaches courses such as “Teaching Literacy in Grades 4-6” and “Developing Literacy in the Primary Grades,” according to her faculty profile on the Quinnipiac website.

“After Kevin [Basmadjian] passed away, Mark Thompson had asked me to step in,” she said. “I’m doing both positions for the time being.”

Before Quinnipiac, Dichele received a doctorate in curriculum and instruction from the University of Connecticut, according to MyQ. She also has a Master of Education degree from the Harvard Graduate School of Education and a bachelor’s degree in elementary education from Northeastern University. In addition, she is a founder and chair of the board of directors of the Side by Side Charter School in Norwalk.

Alexis Gola, freshman elementary education major, met with Dichele prior to her appointment as interim dean. In between Quinnipiac and another school, Gola met with Dichele on Accepted Students Day last April to discuss the amenities of the School of Education and how she would go about her studies here.

“She was very honest and helpful in telling me all the benefits of the Quinnipiac education program,” Gola said. “Having that conversation with her is one of the main reasons I chose to come to Quinnipiac.”

Balancing her already existing workload along with the typical responsibilities of a dean, Dichele said she is still adjusting to her new situation as the transition is very recent.

The university will be organizing a national search for the next dean of the School of Education, according to Dichele.

“Because they have to do a national search, usually they’ll put out an ad across the nation, and they’ll probably give people about a month to two months to respond,” she said. “I’m presuming by July 1, they will have found a dean.”

Anyone with the credentials required of a dean, including anyone within the faculty at Quinnipiac, can apply for the position, although it is desired that the applicant will have a terminal educational degree, according to Dichele. Mark Thompson’s office will be in charge of this pursuit.

“It’s not a typical thing,” Dichele said in response to the sudden changes that are going on within the educational department. “Dean Basmadjian was well loved.”

Many students felt this connection with the late dean, as well.

As the school as a whole mourns the loss of former Dean Basmadjian, students and faculty alike look forward to the work Dichele will achieve in her interim position, as well as the work of the future permanent replacement dean.

“[Basmadjian] passed away and we need to have the position and the responsibilities of the position taken care of,” Dichele said. “In that time, we’re looking for a new dean.”