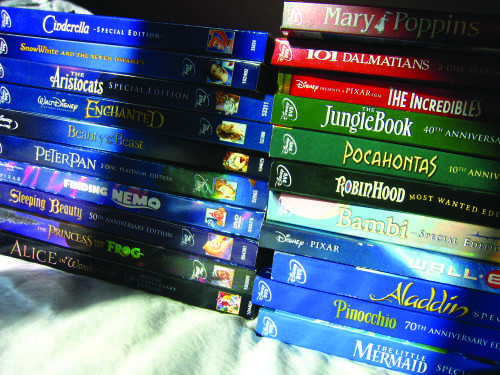 As an avid movie-goer and film fanatic, I love becoming immersed in a new story with each new movie trailer that is released. From action-packed sci-fi flicks to quirky romantic comedies, any new movie has the potential to amaze me. But recently, the only movies Hollywood seems to be producing are ones that we have already seen. 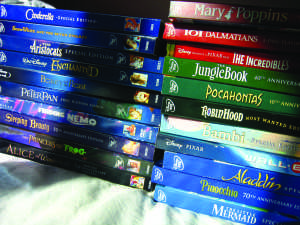 Films including ‘High School Musical 4,’ a sequel to ‘The Notebook’ and another film in the ‘Toy Story’ series are set for release. Many more live-action remakes from Disney, like ‘The Lion King’ and ‘Beauty and The Beast,’ are set to be released as well.

“The first movie is always the best one. I’ve always liked the first movie better than the ones that follow. Like with ‘A Cinderella Story’ the first one was always better,” she said.

For example, the ending of ‘The Notebook’ had a pretty finite conclusion after both main characters died in each other’s arms. But somehow, a second film will be produced without the characters who created the epitomizing romance of a generation.

“The producers will pitch ideas that have already had some sort of success, meaning the film they’re pitching will be based on a previously successful film idea,” Abbott said. “Hence the many sequels and remakes we tend to see at the theaters.”

Producers are relying heavily on these types of films because these films will make way more money. A different movie inspired by a cult classic or a Disney masterpiece will draw in a large audience of viewers who have already seen the original films and viewers who haven’t, which could increase the box office profits.

But are these movies actually appealing to people who have already seen the previous films?

“I think it’s worrisome that Hollywood can’t come up with any new content. I’m not watching ‘Toy Story 4’ because that’s ridiculous, but I might watch ‘The Incredibles 2’ because it’s only the second in the series,” Souza said.

However, these films don’t necessarily represent a lack of creativity in the media. Instead, they just reflect the pattern of bigger budget films.

“Despite the fact that we are flooded with repetitive and unoriginal mass-market movies, there are still many unique and interesting low-budget, independent films being made,” Abbott said. “You may have to dig around to find them — they’re more often debuted at the many film festivals that exist in the U.S. and internationally, such as Sundance, Toronto, Tribeca, Cannes, etc.”

Although these movies could generate a deep sense of nostalgia and bring back fond memories for the older generations, they have a chance of ruining the original content because the story lines and characters are being drawn out.

On the other hand, these films could revive old films and give them a new and modern twist.

“I think that these remakes will be a good addition to the former films as long as they are made correctly. If they aren’t too cheesy I’ll probably enjoy them,” freshman Megan Grandell said.

With any outlook on these movies, it’s safe to give these remakes a chance, relive some of your childhood and maybe fall in love with the new stories and characters.