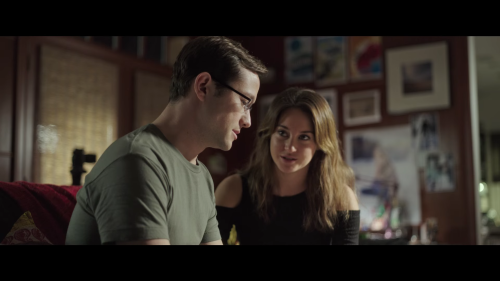 Few films in recent years have compelled its audience to critique our nation quite like Oliver Stone’s new biopic, “Snowden.”

The Oscar-winning director has built his career on challenging controversial issues and perspectives in his own inimitable way. In an era when the ethics of cyber security and privacy are a growing concern, “Snowden” takes a stab at an intrusive government through the eyes of National Security Agency (NSA) whistleblower Edward Snowden. 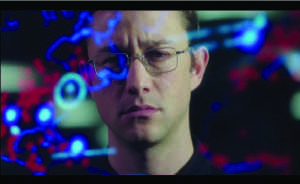 Everyone has an opinion of Snowden, the former intelligence officer who, in 2013, revealed to the media the existence of a secret NSA global surveillance program. Following a strong performance by Joseph Gordon-Levitt as Snowden, the film ultimately concludes in an unexpected fashion, leaving the audience in awe. Stone fashions the true story into a tense, fast-paced drama leaving us to consider what’s truly acceptable for the greater good. While the real life Edward Snowden currently resides in Moscow, Russia awaiting a presidential pardon, Stone does his best to depict a sympathetic man who loves his country so much that he is willing to throw his life away.

Stone initially presents his protagonist as a meticulous man drawn between his devotion to his country and his love for his longtime girlfriend, Lindsay Mills. Shailene Woodley portrays Mills with an innocent perception as Snowden’s motivation to act upon what’s morally right. Woodley and Gordon-Levitt counter each other well enough to keep viewers engaged in the film as their relationship steadily develops into an appealing romance. With Oscar season right around the corner, both Woodley and Gordon-Levitt have a respectable shot at winning an Academy Award. Snowden himself makes a cameo appearance towards the end of the film as a gratified recognition of the filmmakers to clarify the multifaceted story of danger and deception.

Released in the lead-up to America’s most controversial election in decades, “Snowden” forces us as voters to justify our security protection and privacy rights. The biopic indirectly suggests that we as citizens must expose an intrusive government and that we ought to be more careful on our devices.

October marked National Cyber Security Awareness Month (NCSAM), an annual campaign that recognizes cyber security in a world in which the internet has become the most powerful tool at our fingertips. I kept the NCSAM in mind while watching “Snowden” and couldn’t help but think about what precautions we should take in the inevitable event of a cyber incident.

Edward Snowden conveyed a powerful message via Skype at the ACP National College Media Convention in the District of Columbia on Oct. 22 that left me speechless: “If you’re not willing to do the right thing, especially for your country, just because of being called a few bad words, then you truly don’t love your country.”

This suggestion goes above and beyond President John F. Kennedy’s famous line, “Ask not what your country can do for you, ask what you can do for your country,” and it will serve as a testament for the future of our technological society.

“Snowden” is worth your time and money, as it will challenge you to justify or condemn the violations of privacy that Snowden exposed. I believe the film deserves legitimate recognition and praise not only for the way it presented such a contentious figure, but also for its underlying message that we as a society are obsessed with technology.