From pages to people 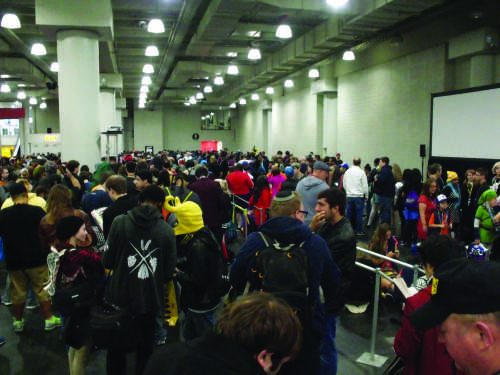 Every year at the beginning of October, the Jacob Javits Center in New York City becomes home to the largest geek and celebrity party on the East Coast: New York Comic Con, brought to the city by event planner ReedPop. Approximately 170,000 people attended the event in 2015, according to Forbes, and in the crowded halls of the huge convention center, it seemed more had decided to come and join in on the fun on the weekend of Oct. 6, 2016. 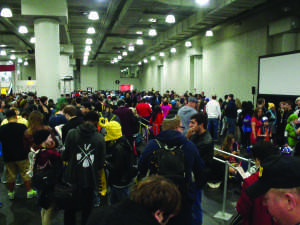 The convention itself isn’t just something for geeks. NYCC is loaded with new announcements on everything from TV shows like “The Walking Dead” to small webcomics like “Cyanide and Happiness.”

Some of the panels featured this year included news of the second season for the popular Nickelodeon show, “Miraculous: Tales of Ladybug and Chat Noir,” a panel for the cast of the TV show “Ash vs Evil Dead” and a celebration of the 25th anniversary of the old cartoon “Captain Planet and the Planeteers.”

New York is just a train ride away from Quinnipiac University, and news travels fast.

For some students, even ones who didn’t attend Comic Con, certain announcements were more exciting than others.

Elizabeth Mirasola, a junior occupational therapy major and secretary of the Gender Sexuality Alliance, was excited to hear about the movie sequel to the popular LGBTQ+- friendly webseries, “Carmilla,” which just wrapped up its third and final season. The announcement came as a pleasant surprise, since its fans believed this was the final hour for the small production.

“I’ve been following the show and its cast for some time now, and the anticipation of a feature film makes me want to finish all my missed episodes that much quicker,” Mirasola said. “From the trailer, it looks amazing, and I can’t wait until it’s released so I can see Carm on her motorbike – finally!”

Other buzz comes from the appearance of web content developer Rooster Teeth on the show floor.

Known for creating the longest-running sci-fi webseries “Red vs. Blue,” fans were waiting in line on Sunday to catch a glimpse of the new season of its anime-styled show “RWBY,” premiering Oct. 22. The panel didn’t disappoint.

Eddie Maher, a freshman game design and development major, could barely contain his excitement. Many of his friends were planning a viewing party in anticipation.

“I’m so excited to sit down with a nice vat of spaghetti Saturday morning and repeatedly marathon the first episode of Volume 4 until my stomach needs to be pumped,” he said.

New York Comic Con always comes and goes too quickly for its attendees, but luckily there is one every year. Next year’s event is already scheduled to be from Oct. 5-7.

Tickets normally go on sale in June and buyers must register beforehand. For more information, go to newyorkcomiccon.com.