Department of psychology switches to Bachelor of Science 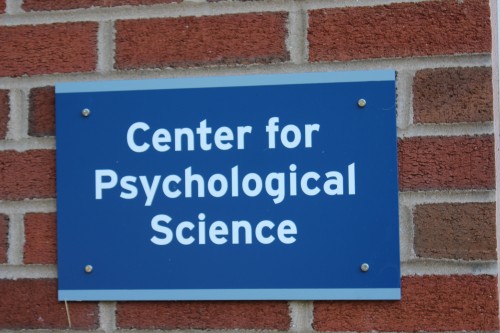 Students who are studying psychology will receive degrees with a Bachelor of Science.

Students pursuing a psychology major at Quinnipiac would normally receive a Bachelor of Arts degree by the time they graduate. However, the department of psychology recently replaced the B.A. degree with a Bachelor of Science degree, which classifies the psychology that students are studying as more of a science rather than an art.

The state of Connecticut approved the degree change during the previous spring semester on April 1.

The members of the psychology department have been reviewing the curriculum and felt that they have focused on psychology more as a science in previous years and therefore believe it is better to have their department give out B.S. degrees, according to Chairman of the Psychology Department Anne Eisbach.

Professor of Psychology and Faculty Director of Quinnipiac’s Writing Across the Curriculum Jeffrey Foy said that the change to a Bachelor in Science degree is a part of a larger curricular change which includes a framework in which students can learn about the different perspectives and methods used in psychology to understand behavior.

“In much the same way that physics can explore physical phenomenon at different levels, psychologists have different perspectives to understand behavior, such as looking at a person’s physiology or the social context in which a behavior occurs,” Foy said in a statement. “Each of these different perspectives is grounded in scientific research, and by putting them together, we gain a deeper understanding of behavior.”

Sophomore Tyler Zarin recognizes the possible challenges that can arise for upperclassmen psychology majors who may think the inclusion of the B.S. degree will complicate their academic progress.

“[It] depends where they are in the psychology major. If they’re a senior and all of a sudden they have to take these new courses they might not be able to graduate in time,” he said. “I’m not sure how that works out for those kind of people.”

“The students coming in this year, they are on the B.S. degree because the change was already made this past spring,” Eisbach said. “Coming in, moving forward, it’s the B.S. degree.”

Sophomore Natasha Tenreiro decided to stick with the B.A. degree, finding herself better suited with arts in psychology.

“I personally am staying with a B.A. degree, but if somebody wanted to go for more science-based psychology job, B.S. would be great for them,” she said.

Many of the requirements in the major for the B.S. are the same as the B.A., according to Eisbach. There are only a few major differences, which include taking one class from each psychology breadth perspective: physiological, cognitive, developmental, social and scientist-practitioner.

Additional requirements for the B.S. degree include taking a second natural science course along with a lab and a diversity/multicultural course.

The department of psychology strives to help students study psychology from multiple perspectives in a way to ask questions and understand a phenomenon using a variety of explanatory constructs and methodologies, as the Quinnipiac website states.

The faculty of the department plans to encourage its students to think analytically and express themselves through the avenue of psychology.