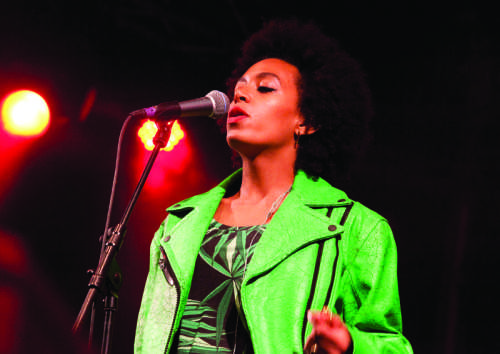 Sept. 30 marked the rebirth of Solange, as her first full-length effort since 2008 hit the shelves. Her latest release, “A Seat at the Table,” looks to shed light on the experience of a modern African-American woman.

Amidst a career renaissance, Solange has strayed from the pop-R&B, radio-friendly style she has carried in the past, in favor of a more personable, intimate musical experience. 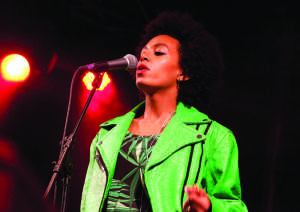 “A Seat at the Table” is a massive, 21 song follow up to her 2008 release “Sol-Angel and the Hadley St. Dreams,” which pumped out a plethora of dance hits, certainly contrary to what audiences will hear in the most recent addition to her discography.

Solange’s maturity shines on “A Seat at the Table,” letting her inner neo-soul diva free, with a sound reminiscent of what the world heard during the peak of the soul and R&B movement of the 1990s. The 30-year-old has built upon what the neo-soul goddesses like Erykah Badu and Lauryn Hill have laid out before her and has perfectly crafted a vintage sound, with a modern lyrical backbone.

The most prolific innovation with this album isn’t the profound change in style Solange has undergone, but instead, her commentary on social issues faced by African-Americans in society today. This album is a loud and proud reminder that Solange is an advocate for African-American women in a racially divided world. “A Seat at the Table” documents the struggle of the black community, with certain key points in the album that feel the most sincere and prolific.

Songs such as “F.U.B.U.” and “Don’t Touch My Hair” are firm and powerful narratives that chronicle the conflicts faced by modern African-Americans.

“Having a women of color delving into a creative realm is what’s amazing about Solange. I think it inspires more women and people of color to push to show their creative ability and story in this category,” she said.

The listener learns Solange has a knack for elevating those around her, as evidenced by fantastic features from artists such as Lil Wayne, BJ the Chicago Kid, and Kelly Rowland. A “Seat at the Table” is especially unique, making use of eight interludes, not present to break the album up, but instead to tie it together.

With light and airy drum and synthesizer sequencing quietly wrapping up the words being said, each interlude features interview samples being placed specifically where it can help foreshadow not only the lyrical content of what lies ahead, but also to excite at the thought of a new chapter in the story that is “A Seat at the Table.”

Solange has successfully channeled what made neo-soul and R&B so special in the past and introduced her own spin on it. “A Seat at the Table”  marks the turning point in her career, leaving behind the teen pop star of the past and introducing us to a conscious and powerful leader in the female black community. Her breathtaking melodies and inspiring lyrics paint the listener with the struggles of being a black woman, and have given us all the reason to believe she has finally escaped the impossibly large shadow of her older sister and created a superstar of her own.