Chris Montalvo to lead class of 2020 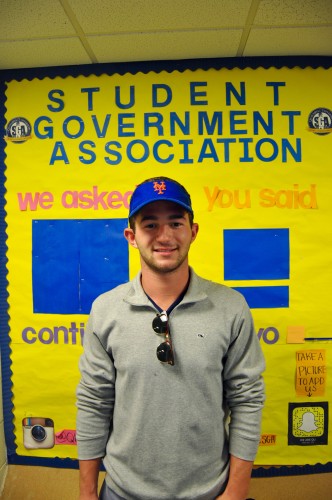 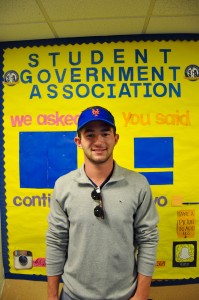 After a week of preparation and campaigning, the Quinnipiac freshman class student election closed this past Wednesday. Chris Montalvo was elected by to serve as the freshman president for the class of 2020 out of nine candidates. Anthony Martino was voted to become vice president.

Montalvo and Martino are both in the 3+1 program for business. This rigorous program requires additional responsibilities and classes, much like the additional responsibilities of president and vice president. They have to listen to peers and then taking action to improve things that affect the student body. Living across the hall from each other, Montalvo says he got to know Martino well.

“We teamed up and worked together to build our campaign,” says Montalvo.

His campaign slogan, “As freshman Bobcats, we will work together and achieve greatness,” describes his objective to represent the voice and interests of the whole freshman class.

Montalvo is no stranger to student government. Serving as class president all four years in high school, he believes his past experiences have contributed to the success of his campaign and will continue to help guide him in his role as president. Along with past student government experience, Montalvo was a student representative for the Connecticut Board of Education, assistant captain on his high school football team and served on the executive board for the business club at his school.

For Montalvo, leadership is something that comes naturally. He describes himself as an organized person who is easily able to work through problems to find the best solution.

“I want to lead wherever I go,” he said. “[I will] ensure we are serving the community and making a name for our class.”

“Chris was the only candidate who I saw campaigning every day,” Lind said. “One day he was handing out flyers and cookies and another he was knocking on people’s doors.”

Although Montalvo has had a tremendous amount of experience with student government in the past, he says that becoming the freshman class president of Quinnipiac was not an easy task.

Coming from a high school that had a graduating class of 450 students to a class of more than 1,900 here at Quinnipiac, running for president in college was a new challenge that he was eager to take on.

“Becoming president did not seem like a feasible task,” says Montalvo.

In order to stand out within the larger array of students, Montalvo took his campaign very seriously. He handed out flyers, made a video and was vocal about what his goals are for the coming year. “Anthony and I’s job is to represent our class” says Montalvo. He plans to “use his experience as a platform” to work together with his VP to serve their classmates best interests.

The video was something that Montalvo and his Martino came up with to spread their campaign throughout the QU community.

According to freshman entrepreneurship major Sean Cohen, this tactic got their message across.

“The video was really funny but serious at the same time,” Cohen said. “They made jokes, but the main focus of the video was on why they would be a good to fit to represent the class.”

Becoming the freshman class president was a major goal Montalvo had even before he came to Quinnipiac. Achieving this goal points to his determination and strength as a leader.

“I was not surprised to see that Chris won the election, he seemed like the most popular candidate by far,” Bailey House, a freshman criminal justice major said.

As of this week, he says that his presidential duties are starting to begin. He is gathering schedules, figuring out meeting times for his cabinet and has held an unofficial meeting to discuss initiatives. He is looking forward to using his experiences from the past to help him best represent the freshman class and be a voice for the change his classmates want to see.