A new feel for Fall Fest 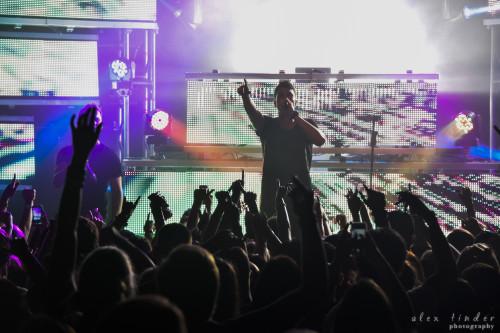 Timeflies, a pop band, will be performing at Quinnipiac’s Fall Fest on this Saturday, Sept.17th, 2016. This is different than previous Fall Fest performances which have featured country artists instead

This year’s Fall Fest sponsored by Quinnipiac’s Student Programming Board (SPB) will be held on Saturday, Sept. 17. .

Fall Fest has been an SPB tradition since it first took place in 2013. Held on the Mount Carmel campus in South Lot, the festival will be featuring opener HeyDaze with headliner Timeflies.

The concert is free for the Quinnipiac community, QCard entry and will open at 12:30 p.m. The opening act HeyDaze is scheduled to perform at 1:00 p.m.

Gabrielle Burkart, senior math major in the MAT program for secondary education, joined SPB during her freshman year and is now the mainstage chair for the event. This is her third year on the SPB Executive Board.

“Our SPB advisor and I work with the middle agent to generate lists that work with our budget,” Burkart said in an email interview. “From there, we select who we are most interested in and who meets the wants of the students. After that, we submit offers and ultimately book who will perform.”

Burkart and all of SPB hope Fall Fest this year has the highest attendance they’ve ever had and the students all have a good time.

Burkart said SPB’s decision to change the music genre of Fall Fest was based off of a survey sent to students.

“Every year, the Department of Campus Life sends out a survey to all new and returning students,” Burkart said. “Normally, their number one choice for music is country, but this year that was not the case. Because of this, we decided to give the students what they want and try out something new.”

SPB uses the information they collect from the student input they receive from their surveys to choose the headliner. Burkart and the SPB advisor ultimately make the final decision.

“Timeflies is a pop band consisting of record producers and vocalists Rob ‘Rez’ Resnick and Cal Shapiro,” Burkart said. “They are known for their original music as well as YouTube covers. Their weekly videos that showcase new music, known as ‘Timeflies Tuesday’ on YouTube, exceed 145 million views.”

Resnick and Shapiro met in 2007 while both attending Tufts University. The two participated in a former band titled “The Ride” before teaming up and becoming Timeflies in 2010, according to allmusic.com.

After blowing up on the internet, Timeflies was signed to the Island/Def Jam label, the same label behind Justin Bieber, Kanye West and Rihanna. By 2012, the pair released its first EP, followed by the release of their single “I Choose U,” which reached No. 28 on the U.S. charts, according to acharts.com.

Timeflies’ second album titled “After Hours” debuted at number eight on the Billboard Top 200 Chart in 2014. The album featured artists such as T-Pain and Katie Sky. With hit songs such as “All the Way” and “Once in a While” constantly on pop radio stations, Timeflies is solidifying its place in the music industry. They are also appealing to a wide variety of listeners since they have covers and original music all in one performance.

Students have more to look forward to than just the performances, though.

Since no outside food or beverages are allowed, several food trucks will be attending the event.