Rave: Drake and Rihanna are “Too Good” 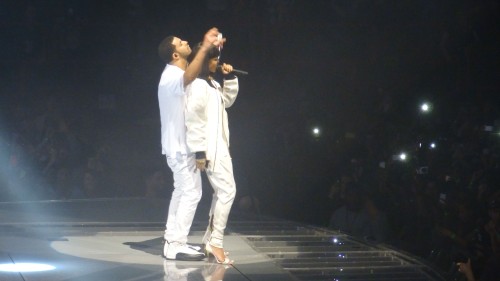 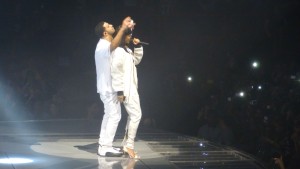 For years, people have wondered the status of two of our favorite hip-hop and R&B stars. This summer, I remember the first hundred times I had heard “Too Good” on the radio, and how I immediately thought of how perfect featured artists Drake and Rihanna would be together as a couple.

To my liking, it turned out that they were, in fact, dating. Every time I listen to the duet, I feel the chemistry and hear the perfect harmony that their voices form together. For years, the public has questioned whether or not the two were were together, but it has been confirmed that love is in the air.

The two reportedly got matching tattoos, which is a huge step as a couple. As a person who loves the idea of commitment to a long-time love, my heart melted when Drake announced at the 2016 Video Music Awards (VMAs), “She’s someone who I’ve been in love with since I was 22 years old.” I wouldn’t doubt this since the couple has been spotted being intimate since as early as 2009.

After everything Rihanna has been through with Chris Brown and the claims of physical assault, she deserves a sweet guy like Drake to sweep her off her feet.

While Drake is more open about his love for Rihanna, sometimes it seems as though Rihanna is more reserved about the topic. I’d like to see her be a little more expressive of her love to further prove the great connection that Drake claims they have.

Their on-again, off-again relationship leaves many fans like myself hoping that this time they are together for good. – C.Popik